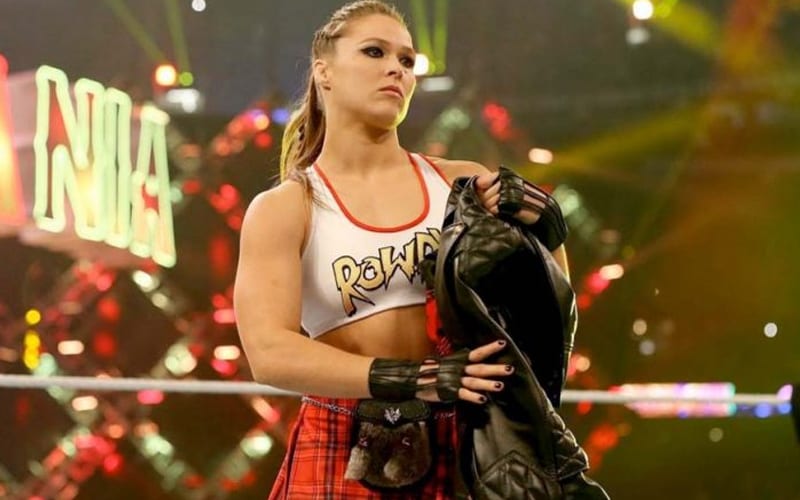 Ronda Rousey recently unloaded about WWE fans in an interview. She upset Lana in the process. Those comments seemed to represent how Rousey really feels about the situation. There are still apparently plans for her return within the company.

During Wrestling Observer Radio, Dave Meltzer remarked that he was told Ronda Rousey is coming back for another match. This seems to put WrestleMania as a real possibility when they go Hollywood next year.

“I would not think that she’ll be back until the build toward next year’s WrestleMania. That’s my gut on it, but no one’s told me that. People there have told me that she will be back at one point for another match. WrestleMania makes the most sense for that.”

Ronda Rousey is currently holding out at Browsey Acres while she waits for the novel coronavirus pandemic to subside. After that we very well might see Ronda Rousey return to WWE for at least one more match.

Who would you book Ronda Rousey to wrestle if she’s coming back for just one match? Sound off in the comments below!