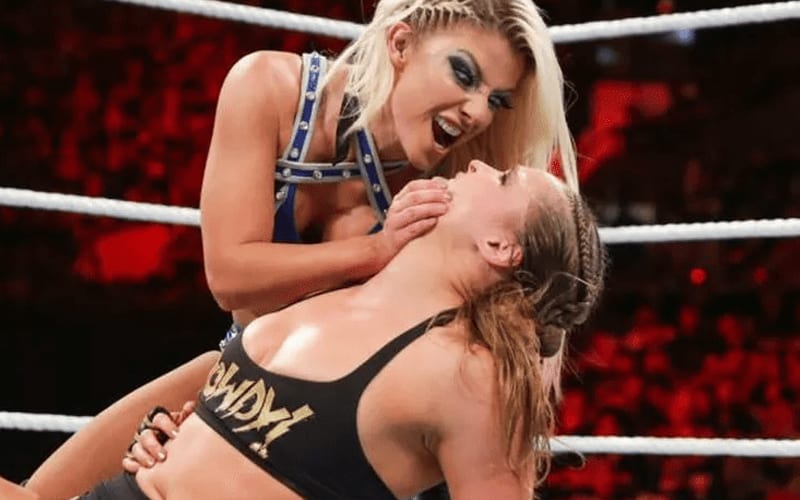 Ronda Rousey recently opened up while talking to Steve-O. She said that like as a full-time WWE Superstar isn’t for her. She also discussed ungrateful WWE fans, and she didn’t seem too interested in jumping right back in the ring.

Rousey said she enjoyed WWE because she got paid to do “fake fighting.” Rousey said she loves acting and choreography, but Alexa Bliss wasn’t a fan of Rousey’s comments.

Bliss replied after Ronda Rousey used the “F-Word.” That “fake fighting” caused Alexa Bliss to be out for nearly a year due to concussions.

Hm. Was out for almost a year. Must have been “fake.”

Nia Jax recently told a story about sticking up for Alexa Bliss to WWE management after someone kept hurting her. Some fans have connected the dots that Nia Jax was talking about Ronda Rousey.

What do you think about Ronda Rousey’s statements? Do you want her to make a WWE return? Sound off in the comments below!