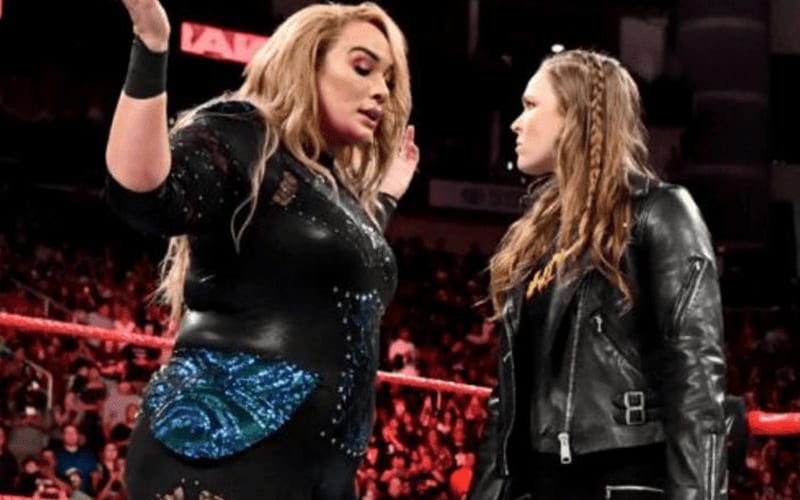 Nia Jax heard what Ronda Rousey had to say about WWE. She’s not happy about it at all.

Ronda Rousey doubled down on her previous statement about WWE. She stated that if someone was in a real fight 300 times a year then they’d be dead. Pro wrestling is fake fighting and fans cater to “huge soft egos” of pro wrestlers when comparing it to real fighting.

Nia Jax is done with Ronda Rousey. If WWE wants her to make Rousey look good in the ring again she’ll just knock her out instead and make history that way.

Ronda Rousey seems to be getting some major heat from this situation. She isn’t doing much to calm the fires either. We’ll have to see what happens next in this situation, but if Ronda Rousey does make a WWE return she might end up take a couple stiff shots for those comments she made.