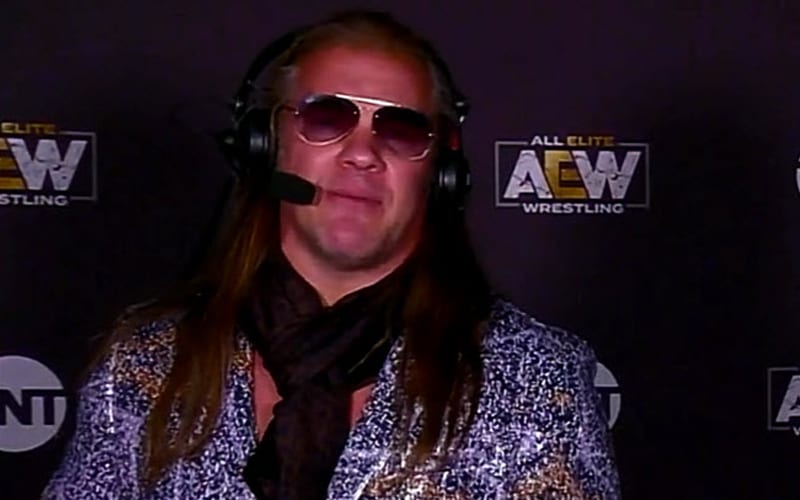 Chris Jericho joined Tony Schiavone at the AEW commentary desk during their last set of television tapings. Fans should get used to seeing Jericho at the announce booth because he recorded a lot of programming.

Tony Khan praised Y2J for his performance on commentary. He said that Jericho sat in and provided commentary for seven hours straight.

During a Facebook stream, the former Le Champion explained why he wanted to be on commentary. AEW had to record in a very unique situation and Chris Jericho wanted to provide his energy throughout the entire show.

“It was pretty fun. I’ve never commentated on a whole show before. The reason why I wanted to do it was just to have a presence on the show. As we kind of put a hold on so many things including “Blood & Guts,” so I wanted to be on the show and provide a little energy, just in case. You know we are working in front of eight people, 10 people all strategically spaced apart of course.”

Chris Jericho never called an entire night of pro wrestling action before, but he didn’t show it. Jericho took to commentary like it was second nature and this is something that AEW fans should expect to hear for the next few weeks.

Jim Ross is returning to AEW commentary next week to call the empty arena match with Jon Moxley and Jake Hager for the AEW World Title. That match was pre-recorded and Ross laid down his track from home.

Are you digging Chris Jericho as an AEW announcer. What other AEW stars would you like to see at the broadcast booth? Sound off in the comments below!