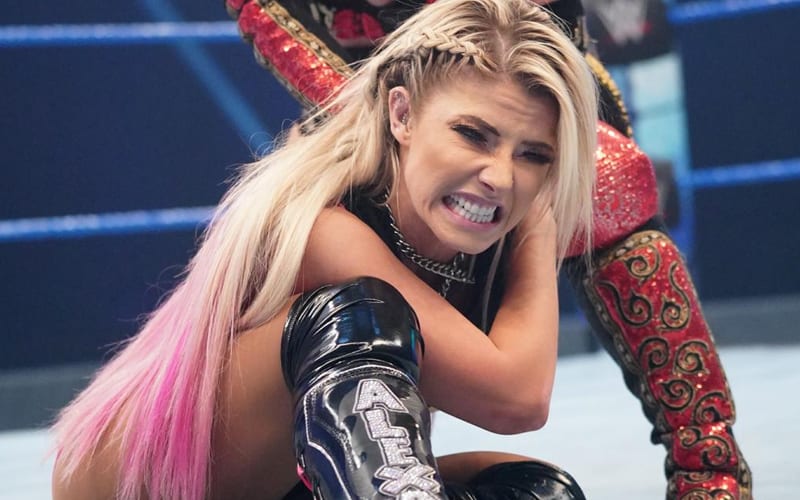 WWE had to present WrestleMania in an empty Performance Center this year. The show of shows was very different, but it wasn’t weird for Alexa Bliss. While appearing on Kayla Braxton’s new web series The Braxton Beat, Bliss opened up with a message for fans.

Bliss wanted to let fans know that this COVID-19 situation is just as hard for Superstars as it is for the WWE Universe. They want to be in front of fans again and can’t wait to do that. In the meantime, WWE and their Superstars are going to do everything in their power to keep the show going.

“I think it’s just as hard for us I think as the fans not being there. We feed off their energy and their resections. Just know that these aren’t the best circumstances, but we’re rolling with the punches and we are doing the absolute best to entertain everyone and doing what we love. We’re just trying to keep it all going and let people escape reality a little bit even in the most awkward empty arenas you know we’re trying our best to put on a great show for everyone.”

WWE television might not have the same feeling without fans in attendance. It is still pro wrestling action to provide entertainment and small escape from the world’s current situation.

CM Punk didn’t have nice things to say at all about the current situation of zero fan shows.

Hopefully, this situation won’t last much longer. Some companies are filming two months’ worth of footage so we’ll just have to see what happens next. WWE is filming a month’s worth of television very soon. Both AEW and Impact Wrestling are securing much longer.

Whenever WWE is permitted to run live shows again, Alexa Bliss can’t wait to get right back on the road.