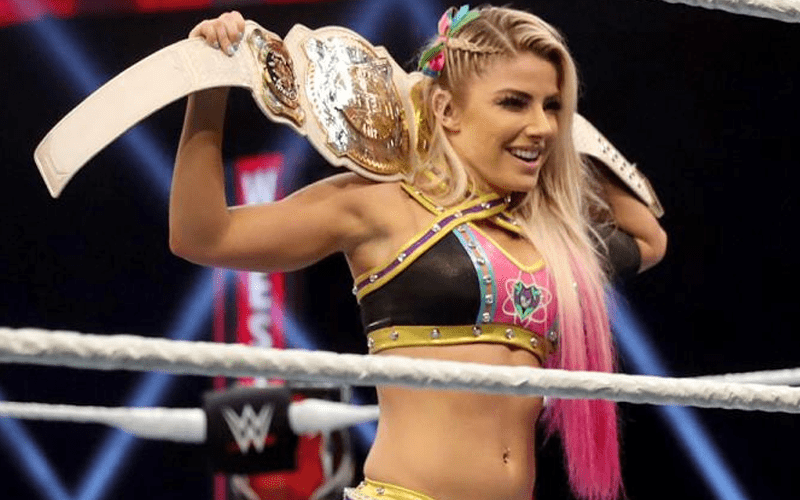 WWE held WrestleMania 36 in an empty Performance Center. The show of shows was pre-recorded which was an interesting experience for fans. It was also unusual for Superstars at home.

While speaking with Kayla Braxton on The Braxton Beat’s first episode, Alexa Bliss was asked if watching WrestleMania from home was weird. She seemed to enjoy the experience as she was able to have a small get-together with family.

“Watching WrestleMania? How weird was it? It was great. I had a projector and my family over – less than 10 – I had my family over who lives down the street. We just grilled and watched WrestleMania. It was cool to watch it because we get so caught up in it when we’re actually performing in WrestleMania that you kinda don’t get to sit back as a fan and as a viewer. It was actually refreshing to watch it as a fan. I liked it, I enjoyed it.”

WWE is advertising WrestleMania 37 for SoCal Stadium. Tampa might jump ahead in line to host WrestleMania 38. Obviously, the company doesn’t want to run another WrestleMania in the Performance Center. They made the most of things and so did Alexa Bliss.