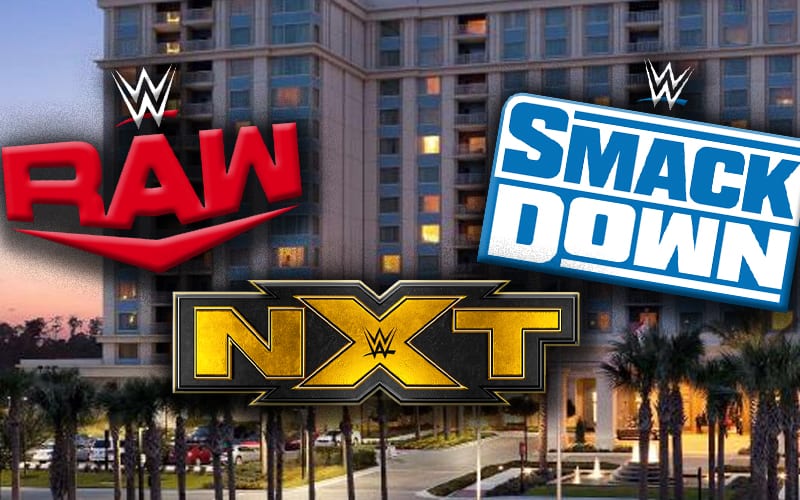 WWE isn’t taking any chances and they are doing everything possible to make sure that their next set of television tapings go off without a hitch.

PW Insider reports that WWE will sequester all Superstars coming in for the next set of television tapings to a single hotel. The company will record content “in waves” to make sure that CDC regulations are obeyed as well.

Similar to Wrestlemania, they will bring in talents and have them all sequestered in one hotel that the company will take over, then tape all the material in waves to insure they follow CDC standards under the current environment.

Superstars will reportedly be traveling to Orlando on Wednesday. The tapings will either begin on late Wednesday or early Thursday. The plan is to film three episodes each of RAW, SmackDown, and NXT. It was also noted that in some cases WWE might film four episodes.

It was not noted which Superstars won’t be making those tapings. We can only imagine that WWE won’t be working with every member of their roster available to them.