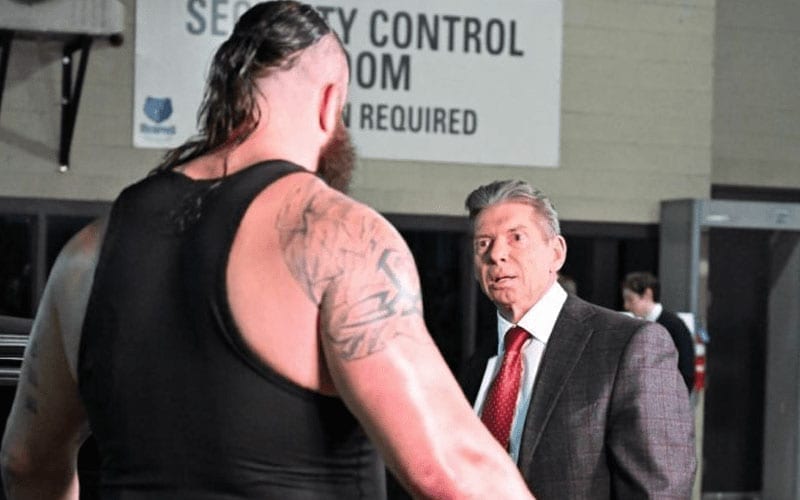 Braun Strowman is WWE Universal Champion and this was quite a surprise for the Monster Among Men. He wasn’t even booked for a WrestleMania match, but the circumstances resulted in Strowman defeating Goldberg for the Universal Title. Fans can probably expect to see Braun Strowman have a lot of fun as champion.

Strowman has been to the top of WWE before, but never clinched a top title. It was said in the past that he’s his own worst enemy backstage in WWE. He accumulated some heat along the way. It seems that heat is in the past as he represents the RAW brand as their top Superstar.

While speaking to TalkSport, Braun Strowman said he’s just a big kid. He admitted to not remotely acting his age, and that it gets him in trouble at times. He likes living and enjoys every exciting part of the journey that he can. Vince McMahon might not love it, but it’s hard to tame a monster like Strowman.

“My main thing is just having fun, I’m a giant kid. I don’t even remotely act my age and it gets me in trouble and the boss probably hates it at times but I like living. You get one opportunity at life and I’m damn sure going to make the most of it. With our crazy schedule it’s tough to get out and do a lot of things ‘cos who knows where we’re going to be or what we’re going to have going on?”

“But with the guys that I ride with, every weekend we find some kind of shenanigans to get into, whether it’s go-kart racing, bumper cars, laser tag, some kind of food eating contest or we’ll go into one of those trampoline parks or paintball, you name it. We act like 15-year-old boys.”

“I’m constantly just straight merking 10-year-old kids at laser tag, I’m a savage, I don’t pull any punches. I’m serious about this, you wanna get these lasers, come find me at a laser tag”

Braun Strowman’s Instagram feed is updated on a regular basis with documentation of him doing outdoors activities that Vince McMahon might not love. Strowman will continue to do all of the things he wants while he can. McMahon might have to deal with it.

The Monster Among Men certainly keeps things interesting as he continues acting like a 10-year-old. Perhaps his affinity for laser tag will inspire a new gimmick match as WWE continues to explore the idea of off-site shooting. 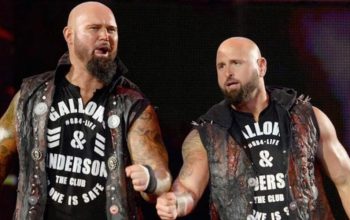