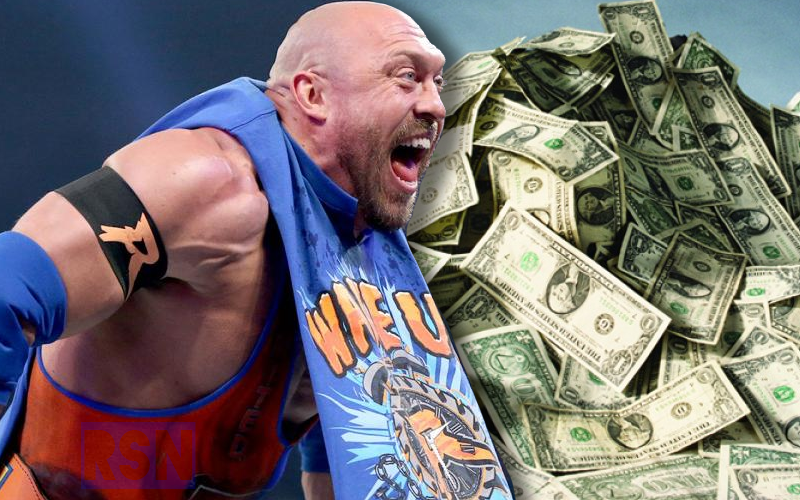 Ryback walked out of WWE year ago, but he didn’t get released right away. He sat at home for months and made sure that WWE kept cutting him checks.

The Revival made their downside guarantees so WWE stopped paying them. Now the Top Guys are sitting at home without income. This was not the case for Ryback when he walked out.

The Big Guy revealed on his podcast that WWE didn’t want to pay him when he walked out. He was injured and got them to not only pay for his surgery, but they also kept sending him money while he sat at home as part of his injury pay. Since Ryback was never cleared for a return, WWE never had the opportunity to cut his paychecks off.

“I don’t know what kind of money they made. They weren’t up there forever, but I mean they probably made a little bit of money but that money, it’s nowhere what people think a lot of the talent. Even though it was more supposedly than in previous years, it’s very possible that they hit their downside and if they did, WWE would 100 percent pull their pay. I can tell you from firsthand experience that when I walked out of WWE, I walked out in May and my contract wasn’t up until August, they and I already knew my gameplan because I knew I could fall on injury pay. At the time though, I had not gotten any work done. I just walked out and they tried to suspend my pay two weeks later and they said, ‘We’re not going to pay you if you’re not sitting at home,’ and I said, ‘Fuck you, I’m hurt.’ I had a ruptured eardrum and a nose that I never got fixed. So I made them fix my ear and nose and then I got put on injury pay right away. I got paid and I stayed on the injured list and I didn’t get cleared until the day my contract expired,”

This was a savvy move from The Big Guy to make sure that WWE didn’t stop paying him throughout his contract. The company is legendary for pulling this kind of trick as even Brock Lesnar can attest to that.

WWE also pulled an additional trick on The Revival. Scott Dawson’s contract is up very soon, but Dash Wilder’s deal isn’t up until June. Neither of them are reportedly being paid either.