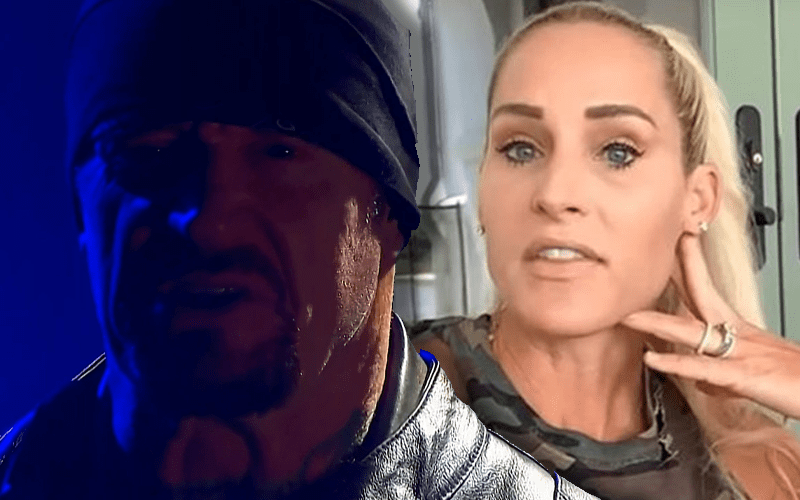 The Undertaker and AJ Styles’ feud into WrestleMania 36 got very real. AJ Styles called Taker by his real name and brought his wife into things. This was over the line.

On RAW this week, The Undertaker said that AJ Styles went over the line when he brought Michelle McCool into the situation. He was very fired up as he said “the Phenomenal One, my ass.”

Michelle McCool chimed in and said that this tweet was “McCool approved.”

Ironically, Michelle McCool brought a bit of attention to herself recently when WWE snubbed her in a list of great women for Women’s History Month. They later put her back in, but Undertaker was still a bit ticked off.

Fans wondered if WWE had intentions of bringing Michelle McCool in for the show of shows. Since WrestleMania changed so much and is no longer in front of a crowd that might nix things. Let’s just see if Michelle McCool shows up in the Boneyard to watch her husband Mark Calaway take on Allen Jones.