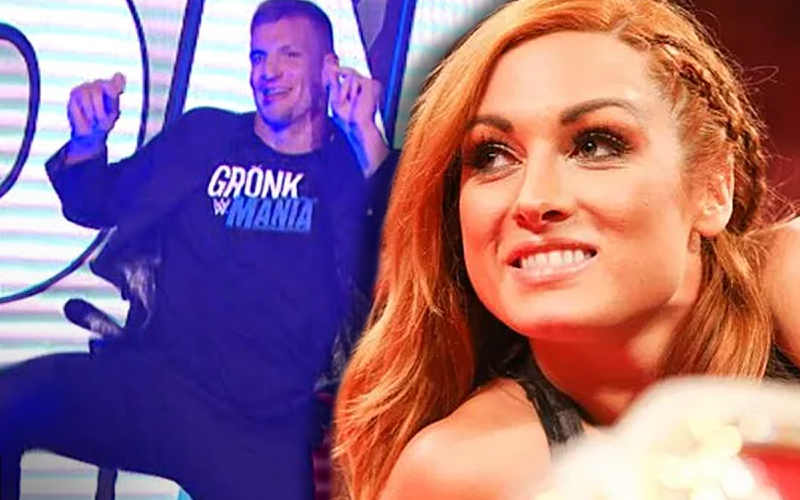 Rob Gronkowski made his way to the ring this week and he was dancing up a storm. This even received some mainstream attention just because of how enthusiastic he was during his entrance.

Click here to watch Rob Gronkowski ham it up during his photo shoot after SmackDown.

Becky Lynch saw the entrance from Gronk and she had to comment. She made a very ironic observation about Gronkowski’s WWE debut.

Imagine doing a silly dance down to the ring on your debut.

Becky Lynch made her NXT debut with a Riverdance gimmick. You can find that video below.

The Riverdance gimmick didn’t stick with The Man. Gronk might just keep dancing because he’s Gronk.