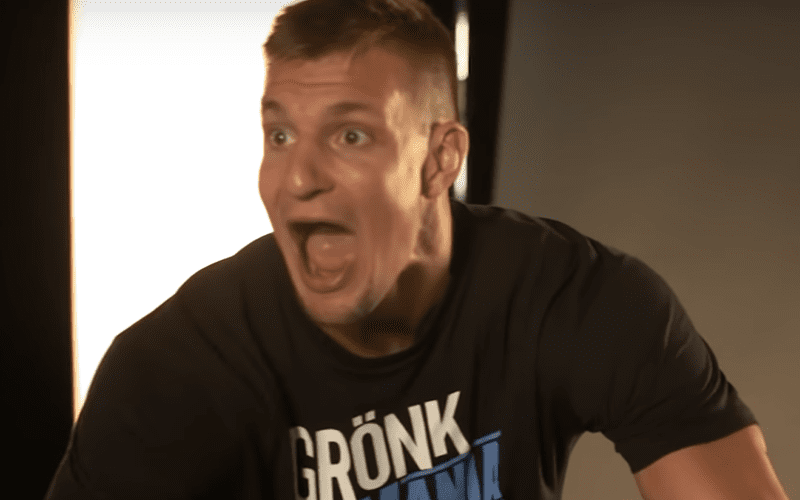 Rob Gronkowski is now with WWE. The former New England Patriot got things started this week. He’s plenty hyped for his role as host of WrestleMania 36.

Gronk came out this week on SmackDown and he didn’t give many details about the show of shows. He did have a chance to dance his way to the ring which captured some mainstream attention.

While they had Gronkowski around the WWE Performance Center he took some photos. Gronk certainly knows how to strike a pose and play up for the camera.

WWE is obviously putting a lot behind Gronk’s debut. He already has a line of merchandise on the official WWE Shop.

You can check out the video below showing off Rob Gronkowski’s photo shoot.