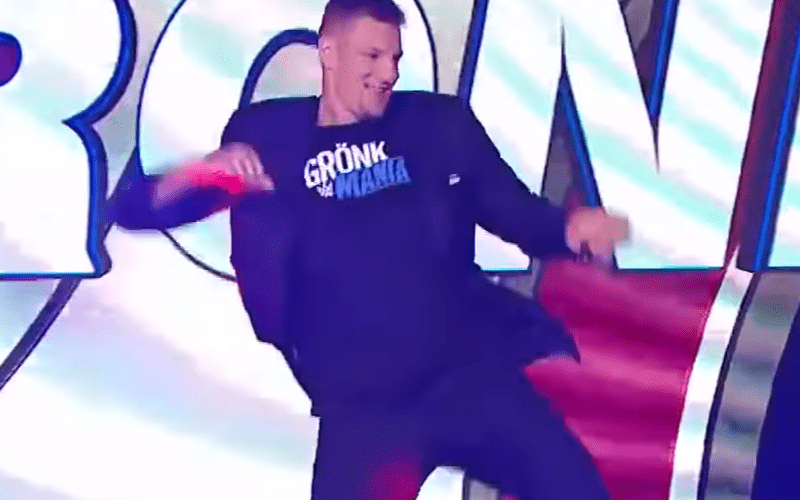 Rob Gronkowski is very excited to be in WWE. He showed this by making his way to the ring in a very unique way this week on Friday Night SmackDown.

The WWE PC might have been empty, but Gronk played to the invisibles with a ton of charisma. He cut a rug unlike we’ve ever really seen and few expected it as well.

Gronk’s dancing received a lot of attention. TMZ picked up the story with the headline “Rob Gronkowski Loses His Damn Mind On WWE SmackDown.” Tons of fans commented on his unique dance choice as well.

We’ve seen Superstars act crazier than that. It’s still hard to ignore how incredibly hyped Gronk was to make his WWE debut. You can check out the video below to see it all in case you missed the show this week.