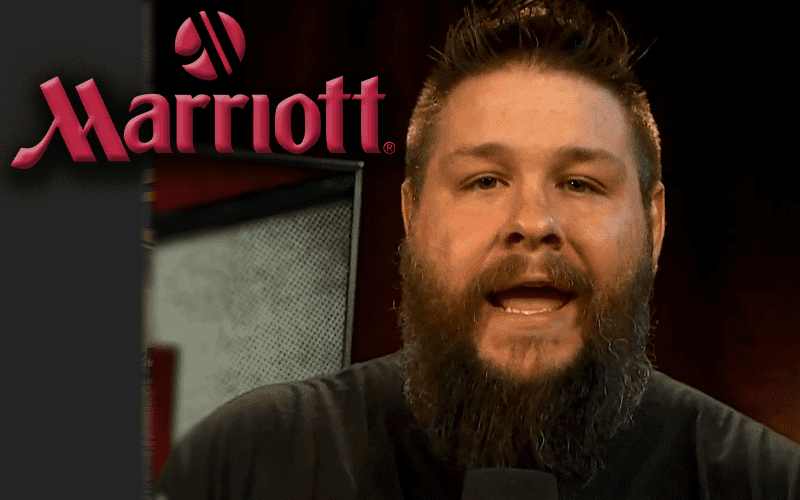 Update: After a day of receiving a ton of negative PR for this move, Marriott changed their minds about charging WrestleCon.

Original: WrestleCon has been around for years. Tons of fans and wrestlers alike look forward to the yearly event, but it’s not happening now.

WrestleMania isn’t cancelled, but they aren’t having any fans. This created a terrible loophole for Wrestle Con which Marriott Hotels used to stick them with a $114,202 bill.

They already have a venue booked for 2021 in Los Angeles. Hitting them with that kind of a bill could really devastate their entire operation.

Kevin Owens is pretty ticked off about this. He sent out a tweet to voice his displeasure. WrestleCon means a lot to the pro wrestling community and KO wanted to make sure people know how much it means to him.

Before I made it to WWE, the folks at @HighspotsWN helped me provide for my family with events like @wrestlecon.

Considering the circumstances and as a Titanium Elite member myself, I’m disappointed and truly disgusted by what @Marriott is trying to do to those guys.
Shameful!

Chris Jericho also spoke out about this and dragged Marriott for this selfish decision during such a terrible time. This specific example of corporate greed isn’t setting too well with the pro wrestling community.

Let’s hope that Marriott changes their minds about this because wrestling fans book a lot of hotels.

On another totally unrelated note, if you have some time to kill during the quarantine and are in the letter writing, emailing, or phone calling mood some of the below information might be interesting.

Or, there might be a little online form you can possible fill out to voice your displeasure about how Marriott is treating WrestleCon. [The link might be the form]