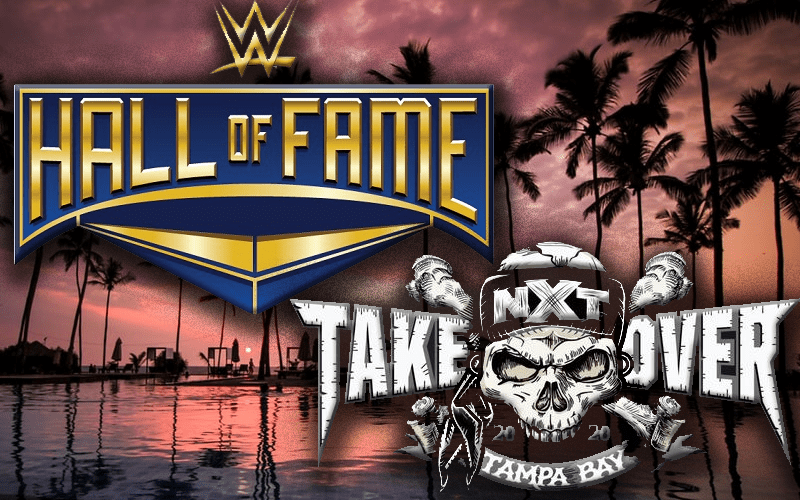 WWE is holding WrestleMania in the Performance Center. That is their announced plan right now. A new rumor revolving around nsurance money and confidence that Orlando will shut them down is another story.

The WWE Hall Of Fame and NXT TakeOver: Tampa are now off. The company could have another plan to facilitate those events.

In a tweet translated from French, TVA Sports’ Pat Laprade revealed WWE’s rumored plans for the Hall Of Fame and NXT TakeOver events.

As for NXT TakeOver and HOF, the two will not take place in their planned forms. Rumor has it that the Wednesday before WrestleMania, a big NXT show, similar to TakeOver, will be shown on TV. For HOF, speeches could furnish Raw and SD

This could be an interesting way to make sure that they hold these events as announced in some fashion. They will just have to work around this current situation.

We’ll have to see if the local authorities will continue allowing WWE to produce programming from the Performance Center. WWE can’t decide to pull out on the event because it might be disastrous for an insurance claim.