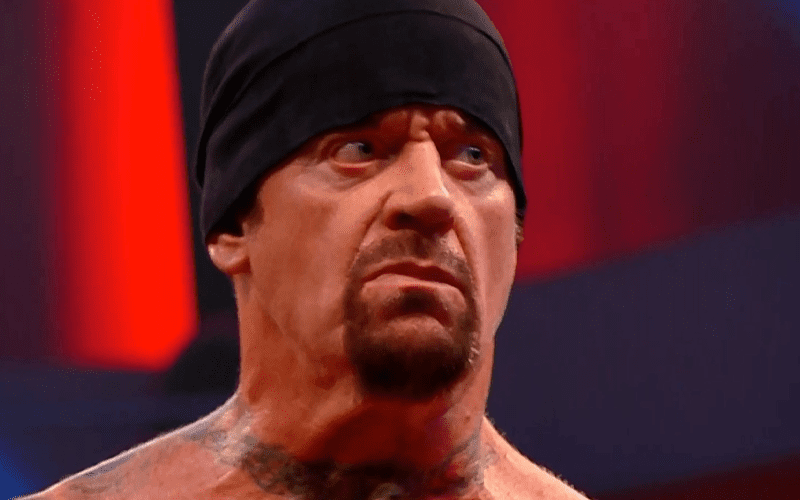 The Undertaker showed up to the WWE Performance Center and he cut a furious promo on AJ Styles this week on Raw. Things might be getting personal, but it’s all a part of the show.

Reddit user LooseLipsBackstage has proved their credibility. They posted a response to a question asking if The Undertaker “flipped the script” which caused them to cut to commercial during the show.

LooseLipsBackstage responded saying: “No. This was written in the script.”

Raw decided to cut to commercial right as The Undertaker got to the ring and started tearing up the contract signing set.

It was written for The Undertaker to come down and immediately start rearranging furniture. That was not a call on the fly from Big Evil.

The heat seems pretty real between the Dead Man and the Phenomenal One. Involving Michelle McCool in the storyline was a perfect idea considering her recent unhappy tweets after being snubbed by WWE.