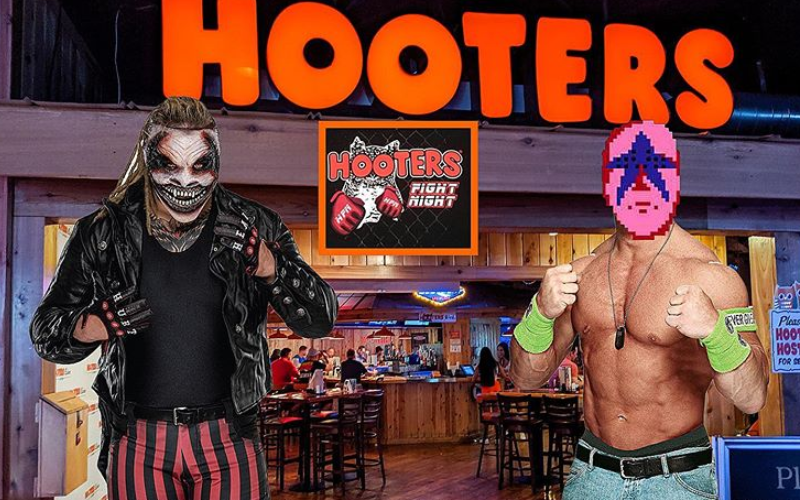 WrestleMania 36 is still going on as scheduled (for now). In case the show of shows doesn’t go down, Bray Wyatt had a very interesting offer.

Wyatt challenged John Cena to a bar fight death match at Hooters. John Cena updated his Instagram to show off a little Photoshop depiction of what that match would look like.

Cena never puts captions on his photos. This post told a pretty obvious story. He’s down to face The Fiend over some chicken wings.

At this time John Cena vs Bray Wyatt will happen on April 5th. If Orlando steps in and shuts down WWE’s attempt to hold the show of shows in some fashion fans can probably check the local Hooters for Cena vs Wyatt.