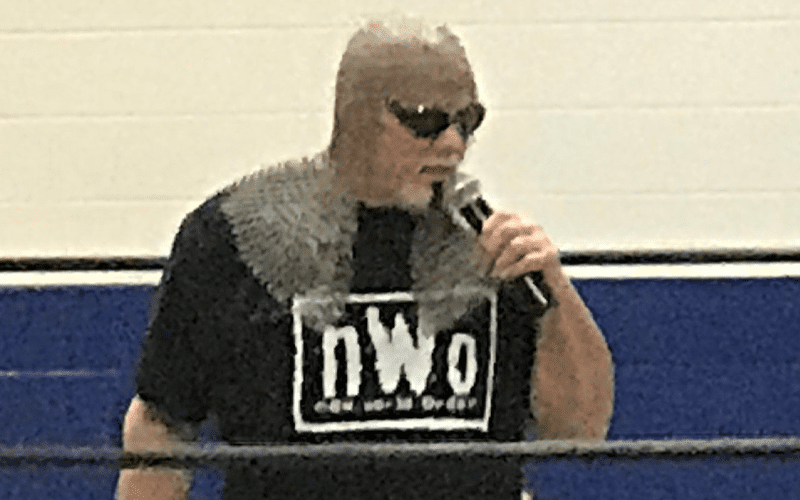 Scott Steiner collapsed backstage during Impact Wrestling’s A-Town Beatdown event. Brad Shepard was the first to break the story that he was rushed to the hospital.

Steiner later had a heart procedure. He seems to be doing much better now.

Big Papa Pump showed up at the NEW ERA wrestling event in Jasper, Alabama over the weekend. It looks like things didn’t get physical, but he cut a promo in the room for his freaks.

Scott Steiner was around and met with fans as well. There was a line of people waiting to meet The Big Bad Booty Daddy.

Photos thanks to Dave Hollis