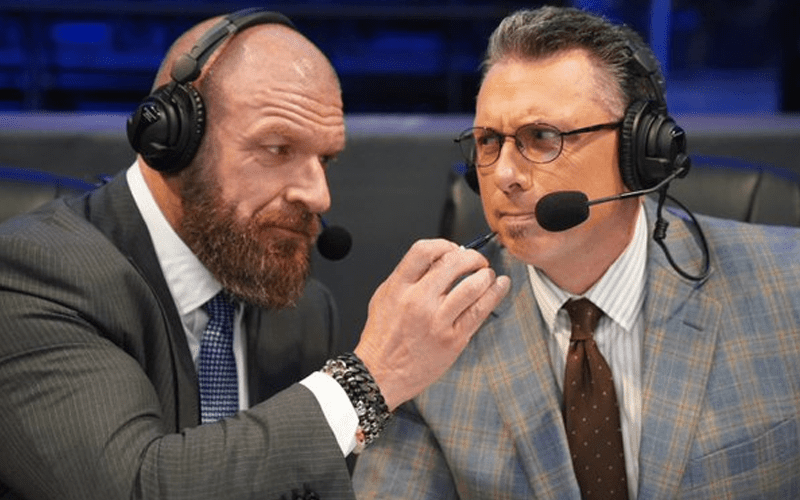 WWE had to hold Friday Night SmackDown in front of zero live fans this week. The company is doing what they can to carry on with the growing concerns of a coronavirus pandemic. Triple H also had some fun with the situation.

The Game was on commentary alongside Michael Cole this week on the blue brand’s show. During the opening of the show, Triple H said he’s “the only guy that can be demoted and get busier.”

This was an obvious shot at the report that his recent change in WWE’s corporate ladder was seen as a “quiet demotion.” He is now the Executive Vice President Of Global Talent Strategy and Development.

Triple H obviously reads the “dirt sheets.” He had no problem calling out this report last night either. After the work that Triple H and the rest of WWE’s crew put in to make SmackDown happen last night he deserved the opportunity to take that little dig at Dave Meltzer.