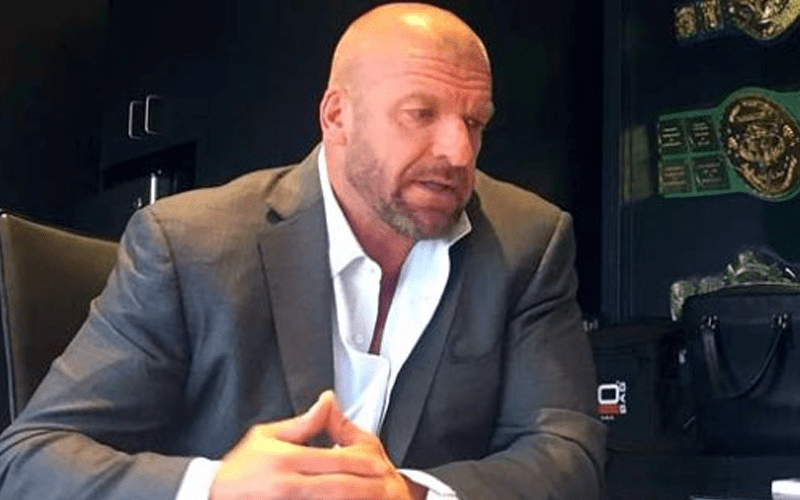 Triple H is not only an on-camera performer, but his position in WWE mostly concerns behind the scenes responsibilities as well. Now he has a new title in the company.

Paul Levesque has received a new title in WWE as Executive Vice President Of Global Talent Strategy and Development. This new title was revealed in a document sent to WWE shareholders. You can check out a portion of that document below.

Paul “Triple H” Levesque has served as our Executive Vice President, Global Talent Strategy & Development since February 2020, and prior thereto was Executive Vice President, Talent, Live Events & Creative since August 2011. In his current role, he oversees the Company’s Talent Relations and Talent Development departments. Additionally, Mr. Levesque plays an integral role in the Company’s creative process, helping shape the creative direction and storylines of WWE’s programming. Mr. Levesque is revolutionizing the business with his global recruiting strategy and developmental training processes. In order to create a platform for future success, he established the Company’s state of the art training facility, the WWE Performance Center, which paved the way for the WWE’s third global brand, NXT. Mr. Levesque debuted as a WWE Superstar, “Triple H”, in 1995 and has held the WWE Heavyweight Championship title 14 times. He has captured every major championship, headlined thousands of WWE events, and entertained millions around the world. Mr. Levesque is married to Stephanie McMahon and together they established Connor’s Cure. Mr. Levesque is the son-in-law of Vincent McMahon