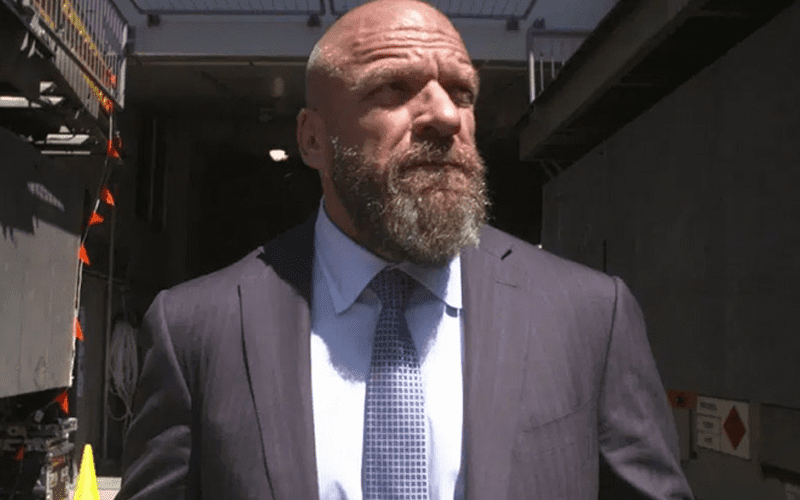 Triple H is the main driving force behind NXT, but his responsibilities behind the scene quietly changed in a significant way recently as well.

We previously reported that Triple H’s official WWE corporate title has changed. His position was previously to oversee all talent, live events, and creative as the Chief Operating Officer. His role is much more specified now.

The Wrestling Observer Newsletter noted that many in WWE see Triple H’s new role in the company as a “quiet demotion.” Triple H’s main responsibilities are now just NXT and expanding the black and gold brand’s global reach.

He was moved away from being in charge of talent and his main duties are now NXT, selling NXT TV rights overseas and expanding NXT globally. […] It’s a change. There are those internally and externally who have called it a quiet demotion.

Brad Blum, Vince McMahon’s Chief of Staff, was the man who took over for Triple H’s previous role as EVP of Operations. Triple H is still in charge of NXT, but now he can give them even more of a focus.

It was also reported that Triple H is no longer negotiating with talent either. Mark Carrano now reports to Blum instead of Triple H. It’s curious that WWE would keep this information from going public for nearly four months.