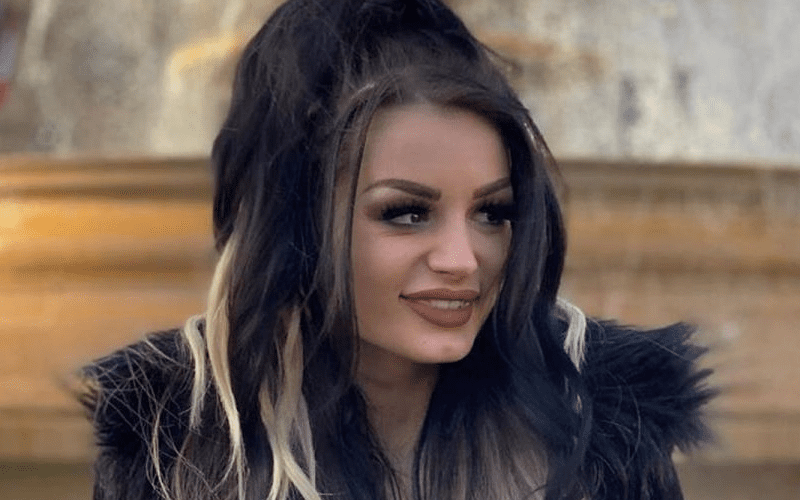 Paige appears on WWE Backstage as a guest commentator, but she can no longer wrestle. Her in-ring career is over and she announced her retirement on the Raw after WrestleMania in 2018.

WWE announced that Paige will be on SmackDown this week. She will confront Bayley. Paige seemed very excited about this return to the blue brand.

Paige has been medically disqualified to compete. She had a big “no contact” flag on her. The Kabuki Warriors couldn’t even get physical with her when dismissing Paige as their manager. Asuka had to just spit mist in Paige’s face instead.

One Reddit user named PsychMuppet asked “Yo is Paige cleared?” in a Live WWE Raw Discussion Thread. This was answered by LooseLipsBackstage, a Reddit user who has previously established credibility.

The question about Paige being cleared to compete wasn’t answered with any words. LooseLipsBackstage decided to use an emoji of someone shushing like there is a secret. If the secret is Paige is now getting closer to an in-ring return then that could be very exciting.

Another Reddit user named _heat_fan commented saying: “If Paige actually returns to challenge Bayley, i will honestly mark the f*ck out. But i will try to keep my expectations low.” LooseLipsBackstage replied saying: “Get ready.”

Paige has spoken in the past about how she will never wrestle again. She grew up in the business and it pains her not to be in the ring. Far too many dangerous injuries caused her to retire far too soon.

We’re not saying Paige is medically cleared to compete. It is very interesting that this question would receive the answer it did. Keep checking back with Ringside News for constant updates.