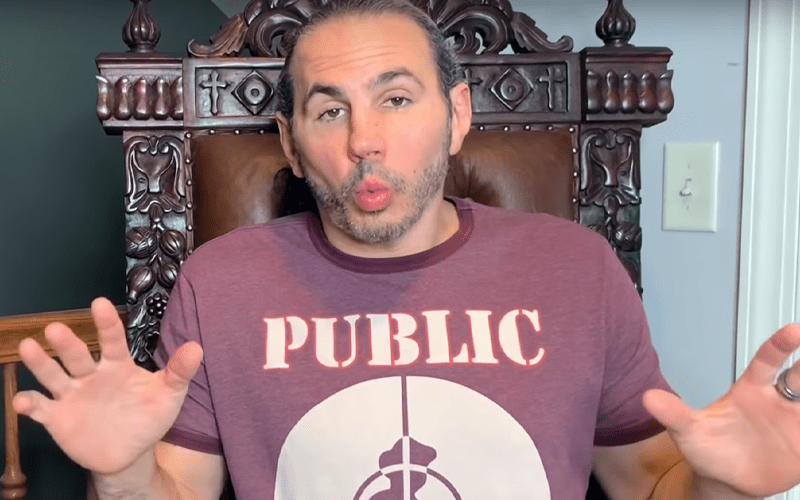 Matt Hardy let his WWE contract expire. Now he is free to sign with any company he likes. That doesn’t mean he has inked a deal anywhere.

It is highly expected that Matt Hardy will end up in AEW. The Young Bucks appearing in the Free The Delete finale was a pretty clear indication of that.

The Wrestling Observer Newsletter noted that although many expect Matt Hardy will show up in AEW, he has not put pen to paper yet.

There was reportedly an issue with Matt Hardy appearing at an event on Saturday. WWE has blocked any event booking their Superstars from also letting AEW stars appear. Matt Hardy has not signed with AEW yet. That might be one of the reasons why he’s still able to appear.