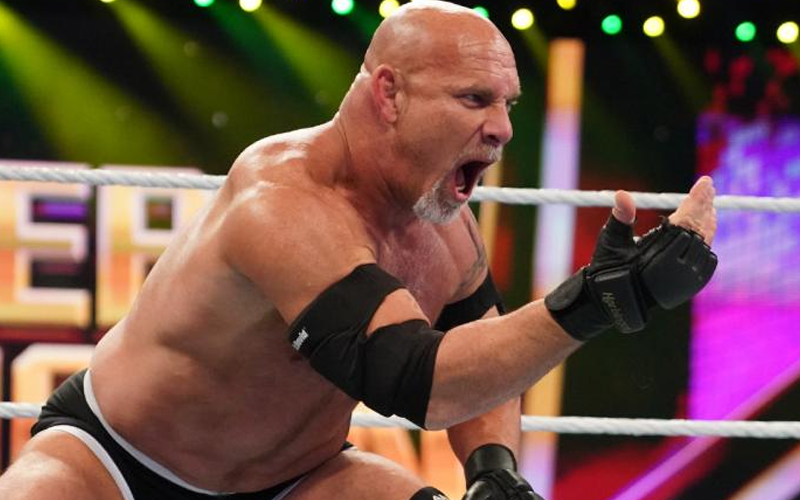 Goldberg picked up the WWE Universal Title at WWE Super ShowDown. This was a Vince McMahon decision to get Goldberg into a big WrestleMania match. There were plenty of detractors to this booking choice.

While speaking to WWE The Bump, Goldberg opened up about the people who aren’t happy about his big win. He isn’t going to let what he considers “a minority” of the fan base stop him from doing his job.

“You can listen to the detractors if you want, but I like to think that they’re a minority and in the end, the true wrestling fans will appreciate what I’m putting myself through so I can try to put a smile on someone’s face and be a superhero.”

“They’ve kinda painted me in the corner of being a heel on this one, but I’m just me. It is what it is.”

Goldberg is set to face Roman Reigns at WrestleMania. He had a good time comparing their different approaches to the spear.

We’ll have to see if Goldberg appears after WrestleMania. It seems like he’s game to make a return if he’s able to when Vince McMahon needs him.