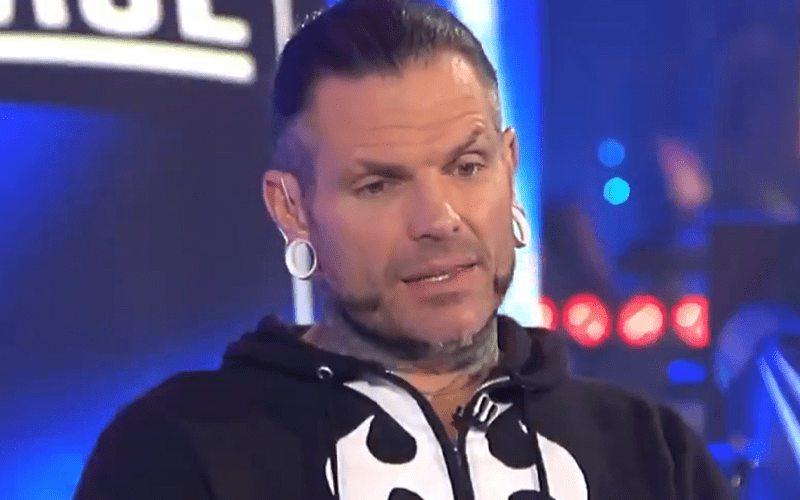 Jeff Hardy was already out of action with an injury when he was arrested for DUI in October, 2019. Now he looks back at that time in his life, and he seems grateful for how it helped him.

While speaking to WWE Backstage, Jeff Hardy discussed his October 2019 arrest. He checked himself into inpatient rehab for the first time that next day.

Jeff Hardy is now able to focus on bettering himself every day and he can’t wait to make it happen in WWE again very soon.

“On the night of October the 3rd I got into trouble. On the morning of October 4th I arranged for me to go to inpatient rehab for the first time in my life. It was one of the greatest things I’ve ever done for myself. I’ve done something every day to better myself and it’s just gonna be so good to be back in front of all those people in the mindset I’m in right now and to feel that energy because there’s something left for me to do in WWE. I’m not sure what that is, but I’m gonna make that happen.”

Jeff Hardy stated that he is 100% cleared for an in-ring return. He hasn’t spoken to his brother Matt Hardy about his WWE exit, but Jeff is itching for his own return.