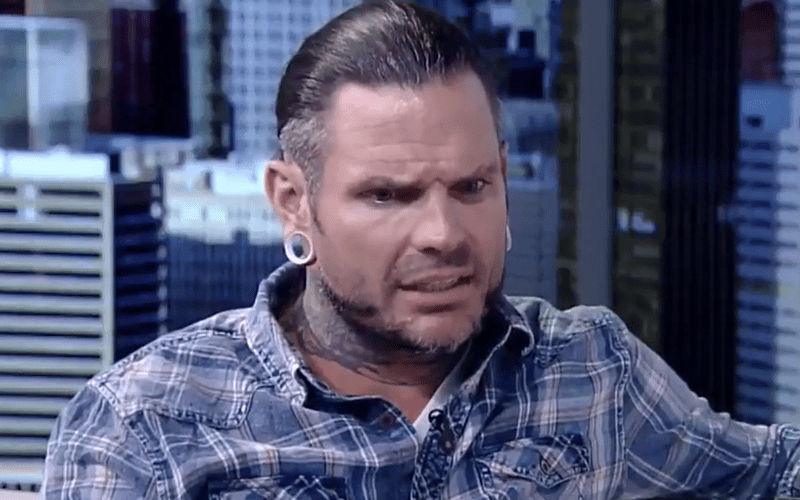 Jeff Hardy was arrested for driving while impaired and now he is set to go to court once more.

Hardy is due to be in court at the Moore County Court House to face charges of DUI on Friday. PW Insider reports that this hearing will replace Jeff Hardy’s original hearing from November 7th. Hardy was “attending to his health” to get a rescheduling.

This stems from an October 3rd DUI arrest that made headlines. Jeff Hardy was observed swerving by police after a call about a car driving erratically came through. He was then pulled over where an arrest was made.

At the time of his arrest, Jeff Hardy also had dried blood on his nose which he said was the result of a fight with his wife. No domestic violence investigation was opened, but Hardy’s wife Beth and Reby Hardy did have it out over social media.