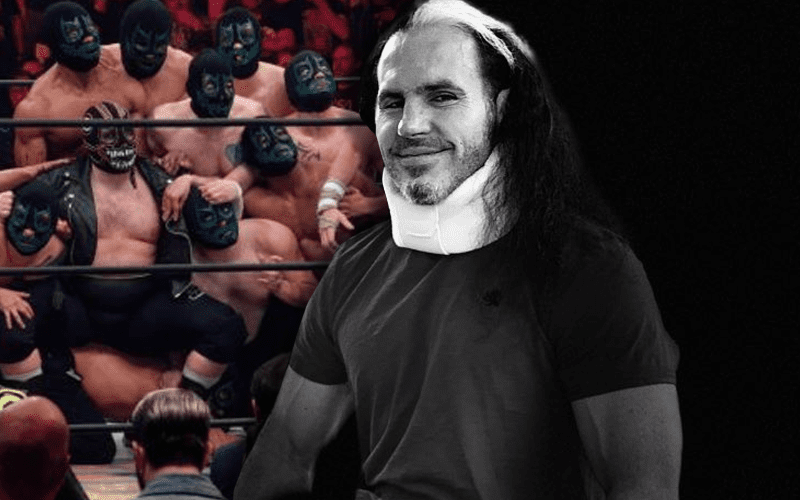 Matt Hardy was written off of WWE television thanks to a conchairto on the steel steps by Randy Orton. Now it appears he is set for some big things elsewhere.

Fans were able to unscramble “Dear Dr RKO” pretty easily to read Dark Order. Hardy used this phrase once again and he made it pretty easy to read between the lines.

Much like #BrotherNero’s 2016 attempt to destroy me led to the first coming of my #BROKENBrilliance..

How ironic is it the Randy Orton’s 2020 attempt to destroy me would initiate the SECOND COMING of my #BROKENBrilliance? To Dr. RKO, I say…

Matt Hardy owns the Broken Universe after Impact Wrestling gave up those rights. WWE never used the gimmick and instead opted for a Woken variety.

Brad Shepard reported that Matt Hardy will be signing with All Elite Wrestling. We might just see the Broken Universe and the Dark Order collide soon enough.