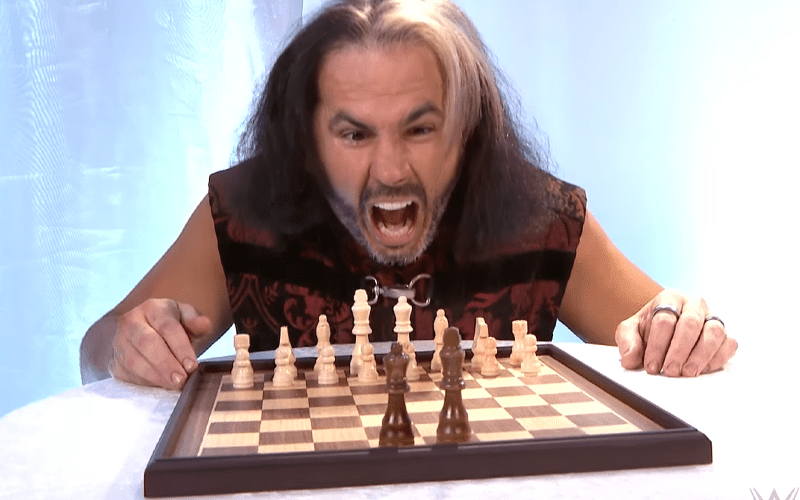 Matt Hardy might be entering another career transition soon enough. At 45-years-old he is still in great shape and he wants to perform. WWE hasn’t given him much of a chance to do that in recent months.

Apart from Hardy’s recent appearances where he took abuse from Randy Orton, Matt’s been absent from WWE TV. His contract is running up and WWE is trying to get Matt Hardy to stay.

Mike Johnson reported that WWE is offering NXT to Hardy as part of his new deal. It wasn’t noted to what extent Hardy would be involved in Orlando if he signs the contract.

Hardy sent out a carefully crafted tweet last night where the letters NXT were capitalized. This was pretty apparent. He also said that he’s talking to “every major player”. That could have also been a dig at Vince McMahon’s comment about WWE talking to “serious players” when it comes to selling the company’s streaming rights.

He also sent out another tweet where “DEAR DR RKO” could be rearranged to spell out “Dark Order.” Reby Hardy had to give fans props for figuring that one out.

Matt Hardy has actually registered FreeTheDELETE.com as a domain name as well. It is currently just a hyperlink to a YouTube playlist for his Free The Delete series.

This is a very interesting situation, but fans will probably soon find out what is going on. Matt Hardy’s WWE contract is set to expire on March 1st which is coming up very soon.