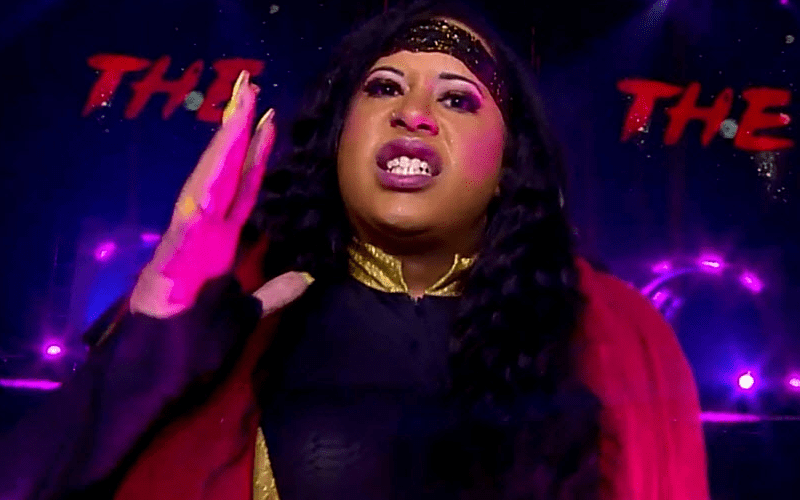 Nyla Rose becoming the AEW Women’s World Champion brought a lot of attention to the company. AEW doesn’t like everything that is said.

During a media teleconference, Cody Rhodes answered back to criticism by saying that people “shouldn’t hit the ball back.” It seems this response implies AEW would rather ignore people like Val Venis and Disco Inferno rather than engage in a social discussion. Any criticism is seen as “transphobic” even though both Venis and Inferno have both said that they aren’t against Nyla Rose specifically. They just have a problem with the booking.

During Keeping It 100, Konnan discussed AEW’s current situation. They could generate a lot more buzz than they are, but it seems that All Elite Wrestling has a direction that they are set on.

“First of all how does he know that Val Venis is looking for a booking? How can he talk for everybody saying nobody remembers him. I’m sure a lot of people do remember him. How can it not be that Val Venis is expressing his opinion? That’s one of the problems that we have on the left because they just think that anything coming out of the right is based on stupidity or misinformation, hatred and that’s why there’s a humongous divide in our country because we can’t have a civil discourse.”

“He couldn’t have said that this is Val’s opinion, I respect it and I disagree and this is why. You don’t gotta bury the guy, you know what I’m saying? I’m surprised Cody said that.”

People would rather plug their ears than accept any information that they find inconvenient to their own beliefs. AEW has already staked their claim in the social discussion. AOC has endorsed them, although interestingly enough AEW Owner Shad Khan was involved in huge money raising efforts for Donald Trump.

Disco Inferno was also on the show with Konnan. Cody Rhodes took a shot at Disco during that call. He summarized it as Cody Rhodes keeping a narrative going. He also generalized how “the left” treats dissenting opinions. To be fair, the right does the exact same thing because nobody likes to entertain the thought that they might be wrong.

“This is what the left tries to do when they’re faced with contrarian opinions to what they don’t believe.”

Konnan said it is a problem in America. There seems to be a double standard for anyone no matter which side they’re on.

“For them [AEW] it’s like, ‘Okay if you don’t agree with our rules, our societal mores we’re gonna cancel you. We’re going to ignore you. We’re gonna ostracize you and we’re gonna minimize you. So, where’s the dialogue and the civility?”

Disco Inferno said that he and Val Venis are being set aside as people on their own island of ideas. Cody Rhodes didn’t acknowledge the fact that Inferno and Venis represent a portion of the fan base.

All they are saying is that Nyla Rose’s transgender status should be used as an angle on the show, but AEW has yet to bring that up on television.

You can check out the compete video below to hear the entire discussion on this subject.