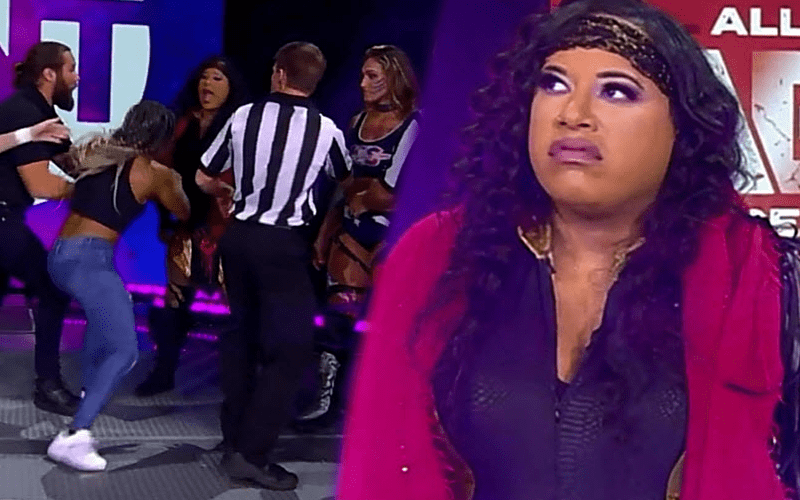 Nyla Rose showed up on Dynamite this week to celebrate her big title win. She had a lot to say in the process.

The Native Beast called herself the Queen Bee and lifted her title high in the face of all of her haters. She also said that she should have been the first AEW Women’s World Champion.

Nyla Rose said that she is hungry. “You know what happens when I’m hungry? I BREAK BITCHES!”

She said that nobody can step up to her. It didn’t take long before Kris Statlander and Big Swole both walked out and got in Nyla Rose’s face.

Swole said, “You the Queen Bitch out here? Let me see it, brother,” as she flexed in Nyla Rose’s face.

Both Kris Statlander and Big Swole were then escorted to the back by AEW officials and there was a bit of a skirmish. Tempers were flaring as everyone wants a piece of Nyla Rose.

We’ll have to see who steps up to Nyla Rose first to get a shot at her AEW Women’s World Title. No match was made official this week on Dynamite, but there will be no shortage of women looking to take on the Native Beast.