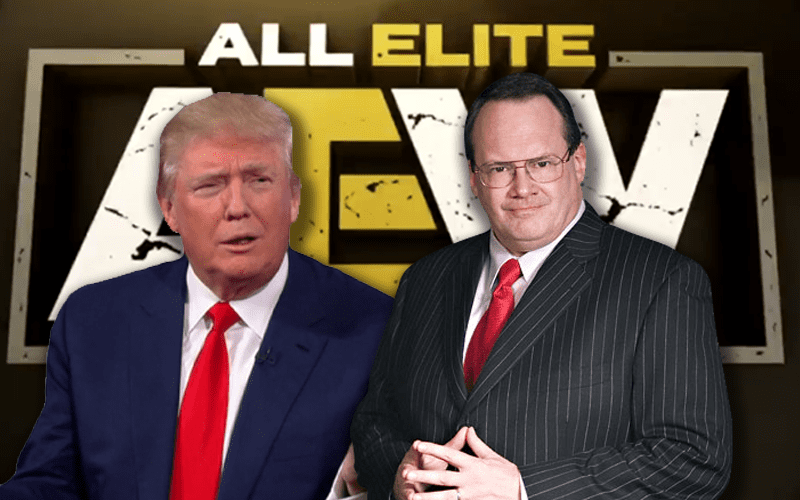 Jim Cornette is not a fan of keeping his opinions to himself and he doesn’t like Donald Trump very much at all. He recently discovered that AEW’s owner Shad Khan is a big Trump supporter and that did not set too well.

The NWA announcer fired off a tweet at Shad Khan along with retweeting an article about Khan donating a ton of money to President Trump’s campaign. In fact, Khan was part of a group of NFL owners and other billionaires who assisted the Trump campaign in raising over $105 million for his inauguration.

Wouldn’t you know who supports the asshole? Billionaire Shad Khan donated $1 million to @POTUS Pigface’s inauguration in 2016 and “supports his economic policies”. Just wanted everyone to know who they’re dealing with. #TheMoreYouKnow

One fan said “who cares about politics,” and Cornette had a reply for them as well.

People should be bringing politics into everything until Trump is in prison & the world is safe again.

If Jim Cornette wasn’t a fan of All Elite Wrestling already, he’s really not tuning into watch Dynamite now.