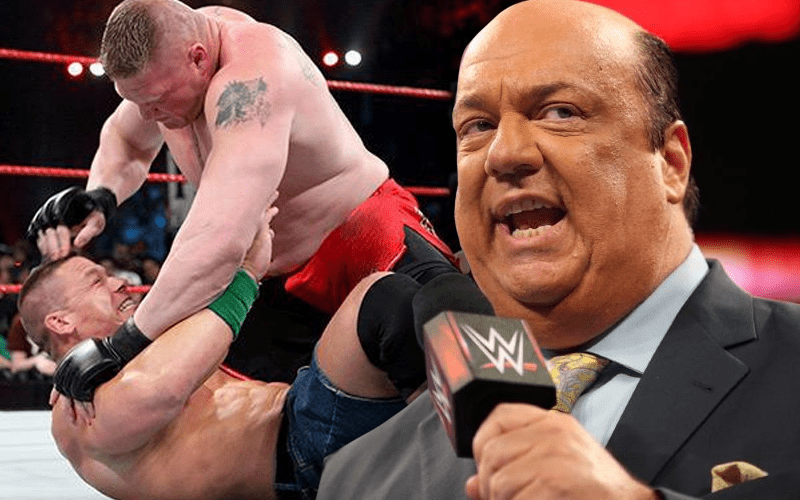 Brock Lesnar is a very busy man so he doesn’t have time to worry about hand-delivering messages. This is one of the many reasons why Lesnar has Paul Heyman as an Advocate.

Heyman recently sent out a tweet to John Cena. It was an image of Lesnar with Cena on his shoulders about to demolish him with a punishing move. The caption above the image was very interesting as it said:

John Cena recently said that Brock Lesnar is the greatest sports entertainer of all time. Apparently, The Beast Incarnate didn’t need that validation from John Cena, nor did he want it.

John Cena will be on Friday Night SmackDown on February 28th. This will reportedly kick off the road to WrestleMania for Cena. Brock Lesnar already has Drew McIntyre to deal with at the show of shows, but WWE is considering some very interesting options for Cena’s opponent.