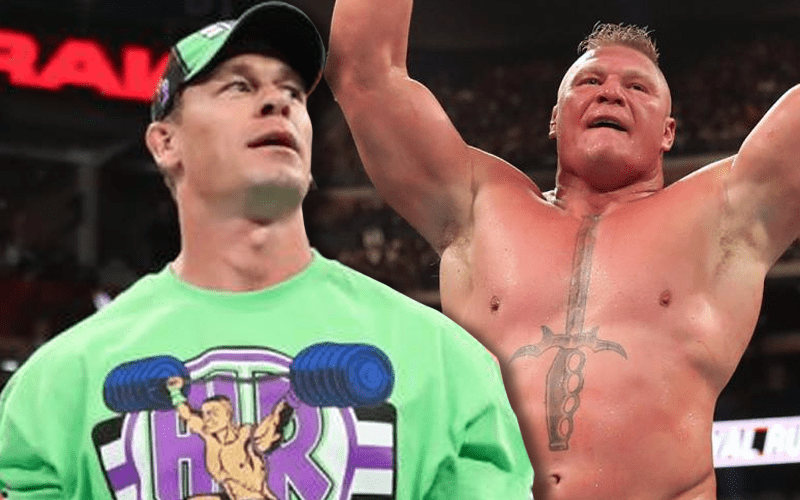 John Cena didn’t show up in Houston to take part in the Royal Rumble event. He was watching from home. Brock Lesnar certainly left an impression on him as well.

While speaking to Sports Illustrated, John Cena explained that he watched the Royal Rumble from his home. He loved the event and then went on to praise Brock Lesnar in a huge way. He called the Beast Incarnate “the best in-ring performer of all time,” in the process.

I’m proud to say I watched the Royal Rumble from my own home on the WWE Network and I thought the event, and especially the Rumble, was absolutely awesome, so if you watched from Houston or if you were in the audience it really didn’t seem like I was missed.

I thought the event was extra special. It was great to be able to watch it as a fan and not endure any fear of missing out and just enjoy the event. And I can say with the utmost sincerity that I believe Brock Lesnar is best in-ring performer that I’ve seen and I know it’s an opinion, and if you want a cool quote, here it is: I think he’s the best in-ring performer of all time.

John Cena and Brock Lesnar have shared the ring on a couple of occasions. Cena knows what kind of pain Brock can bring. He also realizes how incredibly entertaining The Beast Incarnate is as he destroys opponents.