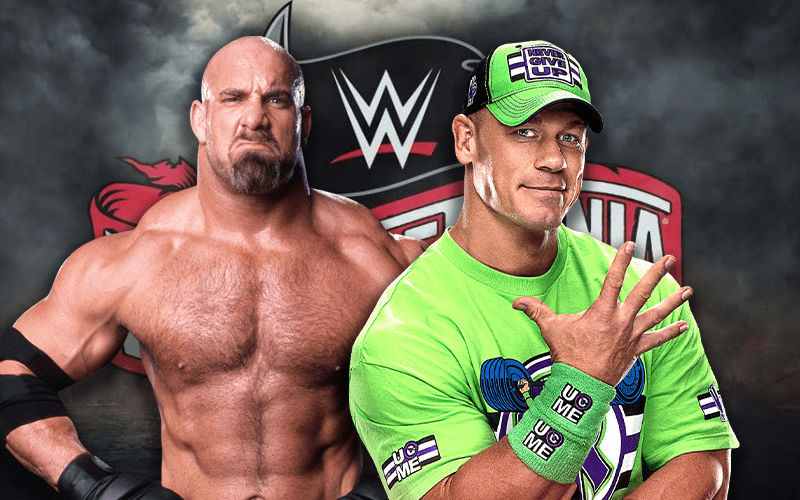 John Cena is coming back to Friday Night SmackDown on February 28th. This appearance one day after the Super ShowDown event could kick off a big road to WrestleMania.

Goldberg is also back in the WWE fold. He is set to face The Fiend in Saudi Arabia for the Universal Title. We know who’s next for Goldberg, but WWE is kicking around some very interesting ideas about who’s next after Bray Wyatt.

Wrestle Votes revealed that WWE is considering some match possibilities between four top WWE Superstars: Bray Wyatt, Roman Reigns, Goldberg, and John Cena. There are a couple of combinations that they could go with and each one would be big in its own way.

Some smoke around these 4 superstars and their Mania placements. Nothing definitive, but they could be tied together. How would you like to see if play out?

John Cena might make history with a #17th World Title win in WWE. That could make the show of shows even bigger.

The match on the card is currently Bray Wyatt vs Roman Reigns. If Goldberg and John Cena are in the mix then that could lead to a very unpredictable WrestleMania.