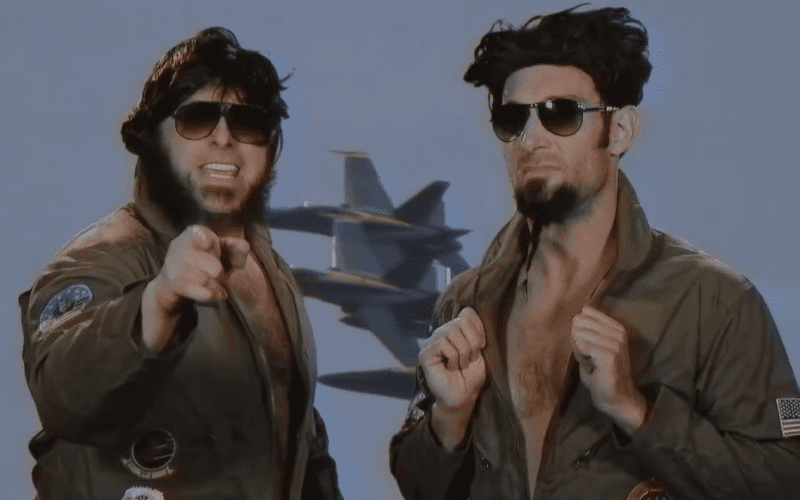 WWE 2K20 was filled with a ton of disappointment. Now they’re patching in the let-downs.

2K released a new patch for WWE 2K20 this week which included several characters and themes from Southpaw Regional Wrestling. If you ask Viktor, they missed the mark.

Konnor and Viktor played Ryan Parmeter and Eric Thompson on Southpaw Regional Wrestling. That team was better known as The Danger Zone. This incarnation of the now-released WWE tag team is not featured in the new WWE 2K20 patch.

Viktor unloaded on the new WWE 2K20 update. He’s a video game fan, but this new update looks like sh*t if you ask him.

Ok now I’m going to actually say this looks like shit. I’m a gamer and a fan of certain things. This sucks.

Not all is lost. Viktor gave his thumbs up to RetroMania, a new wrestling game slated to be released on all consoles later in 2020.

Interestingly enough, WWE filed for a copyright on Viktor’s name recently. Even though he’s no longer with the company, they still want to make sure that he can’t use that name. This could require him to change his social media handles as well and risk losing his verified check-mark in the process.