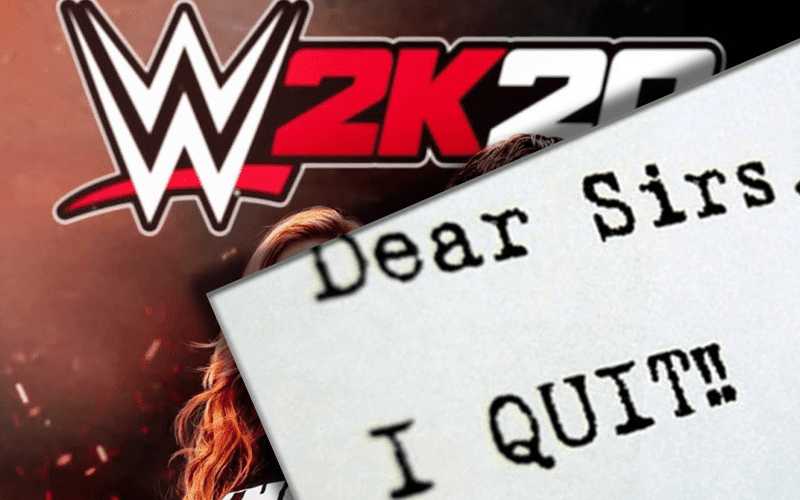 WWE 2K20 disappointed fans in a big way. Now the future of the entire franchise could be in question.

Justin Leeper, a former writer on WWE’s video games has been keeping his fans updated about the perils currently going on with WWE 2K20. He designed, directed, and wrote “Road To WrestleMania” for WWE’s games in 2009, 2010, and 2011.

This fiasco with WWE 2K20 might have been a breaking point with WWE. Their relationship could be strained with 2K over the obvious issues with their latest offering.

The latest patch didn’t “do a whole lot” with some “vague patch notes” where they did some sketchy things. 2K said that they fixed “hair,” but in reality, they only fixed a hair issue in one entrance. Leeper also stated that he doesn’t see any more patches coming of significance.

It was stated that as we get further along it is becoming clear that 2K is wanting to “distance themselves” from the WWE 2K20 disaster. It gets worse because some people have just had enough and walked out.

“I’ve heard about double digit number of people on the team who quit. They haven’t quit for other stuff. They just quit because it’s like, ‘man I don’t want this stink on me anymore. I don’t care what I’m doing. I’m leaving. I’m taking my stuff and going.'”

He said that when something does bad in the WWE franchise they cut the budget. That being said, WWE 2K21 will be made for much less money. That seems to be a bridge yet to be crossed. They will have less money to work on the game and about ten less people to do it.

You can watch the whole video below along with another well done documentary about why WWE 2K20 was such a travesty. Things did not turn out as planned at all and they will have a lot of ground to make up if they want to stand a chance in regaining the consumers’ confidence.