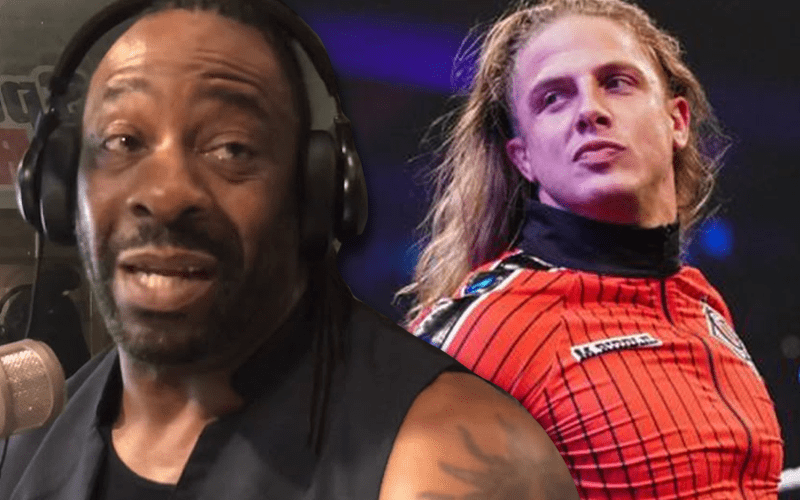 Brock Lesnar reportedly told Matt Riddle to stop tagging him on social media because a match between the two won’t happen. This was a short exchange backstage at the Royal Rumble. Riddle doesn’t seem to care and he still wants that match with Lesnar.

Booker T recently discussed this situation on his Hall Of Fame Radio show. He said that even when he and Corey Graves started their little online show for the wrestling media that he called the Savior Of Misbehavior about it first.

“You got to know somebody first in order to do something like that. This ain’t the UFC. Where you see these guys talking so much smack to each other back and forth and what not. Now on the other hand, when the Corey Graves thing started. When all of those reports started coming out, I called Corey Graves and said ‘Don’t say nothing just let it ride. Let’s see if you get a few clicks out of this. Let’s see if we get a few followers.’ And it became something, but we both knew what was up. Everybody else thought Corey and I had a lot of heat already, so if they think we have heat, let’s do something with it.”

The 5x Champ then made the point that pro wrestling is much different from UFC. You can’t just make a challenge like that because in pro wrestling things sometimes gets settled differently when someone goes into business for himself.

“Be careful what you say even if your are just messing around. Think about what you are going to say because people can take it and edit it and make it sound like what they want it to sound like and trust me that’s what you don’t want.”

Booker T went on to say that Riddle should have learned a lesson to not work angles unless he’s notifying the other party first.

The Riddle/Lesnar situation actually caused them to give a little speech at the Performance Center about the etiquette of starting an online feud. Since social media is a new frontier in a lot of ways it’s good that they addressed this. It probably won’t make Brock Lesnar any more willing to give Riddle approval to tag him on social media.