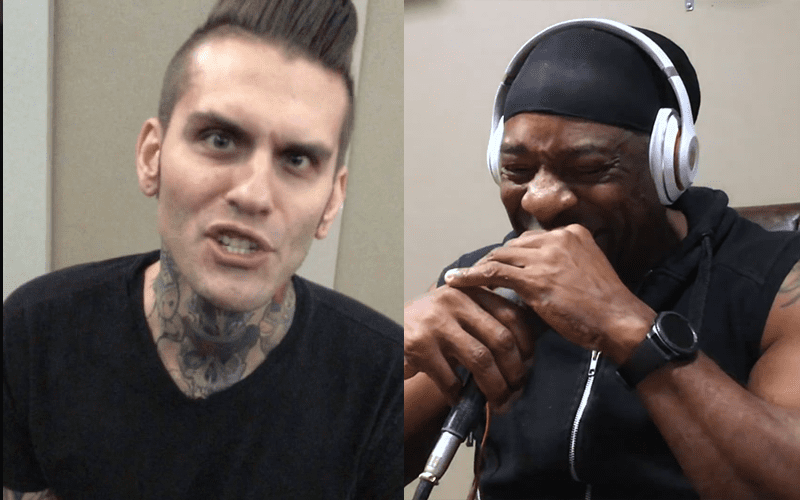 While appearing on Booker T’s Heated Confessions podcast, Corey Graves and Booker cleared the air about their “heat” between each other and indicated that the whole ordeal was a work.

Booker T said that it got blown out of proportion with publications such as Sports Illustrated and Forbes picking up on the story. Booker reiterated what he originally said and revealed that he’s actually happy about moving back to the pre-shows, seemingly downplaying the whole demotion.

Graves said that they weren’t try to accomplish anything and they were “goofing off” and “just having fun.”

Graves also talked about The New Day getting permission before he decided to joke about the incident on this week’s episode of SmackDown. You can check out the remarks embedded in the video below: