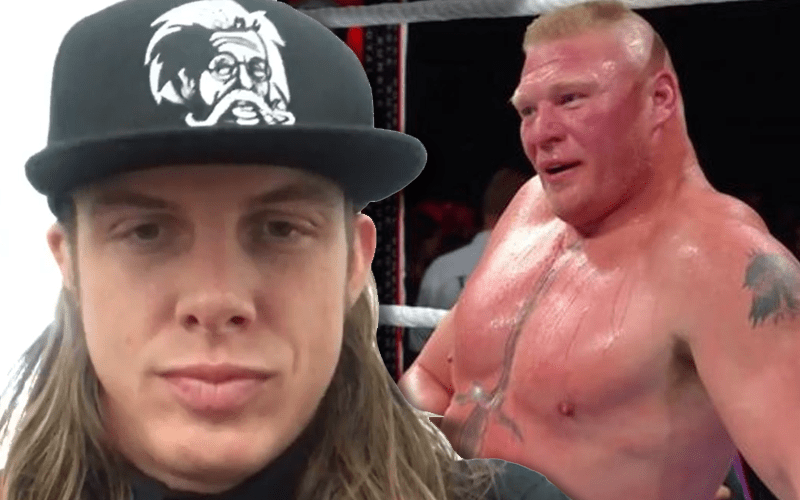 Brock Lesnar had some words with Matt Riddle backstage at the Royal Rumble. He told The Original Bro to stop tagging him on Twitter. This led to a speech at the WWE Performance Center. NXT Superstars were told not to tag main roster stars unless they get the okay first.

Riddle still wants to face Brock Lesnar. The WWE Performance Center put out a video where the King Of Bros discussed his desire to face The Beast Incarnate. This interview happened after Riddle’s Royal Rumble elimination so he was quite pumped up.

Riddle was a bit heated following the Royal Rumble. He especially seemed to have a target set on Brock Lesnar. We’ll have to see if Matt Riddle can make that match happen, but he promises it’s going to take place.