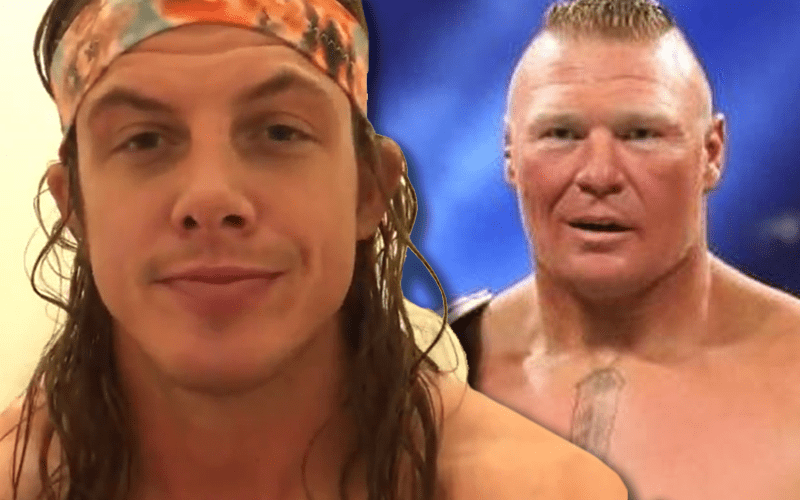 Matt Riddle and Brock Lesnar reportedly had words backstage at the Royal Rumble. Sam Roberts claims that he didn’t hear anything about it while he was backstage, but others disagree.

Riddle reportedly has a ton of backstage heat on him in WWE. Talk Sport was backstage at the Royal Rumble and they have reported what Brock Lesnar said to Riddle during this backstage confrontation.

According a WWE official, Lesnar is said to have approached Riddle backstage and grabbed his shoulder to get his attention.

Then, Lesnar said: “Kid, you might as well stop saying my name and tagging me in sh*t because you and I will never work together. Ever.”

Matt Riddle does do a lot of tagging in his posts. He has also been known to tag The Beast Incarnate. The Original Bro has not been shy about voicing his desires to retire Brock Lesnar too.

Lesnar might not post a lot on social media, but he apparently sees the posts he’s tagged in. We will provide more information as it is made known in this still-developing story.