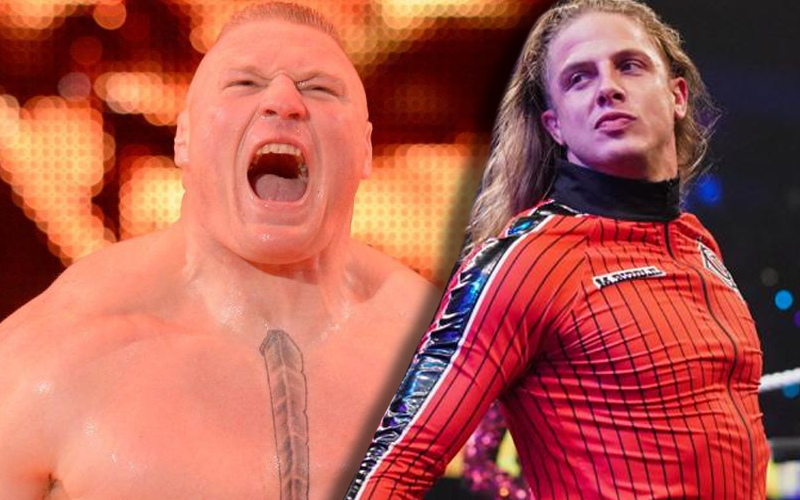 Brock Lesnar had some words with Matt Riddle backstage at the Royal Rumble event. It wasn’t a huge deal and some people didn’t notice, but multiple sources have confirmed that a conversation took place.

Lesnar told Riddle to stop tagging him on Twitter because a match between the two of them is never happening. This led several people to wonder how Brock Lesnar knows what is going on with Twitter since he never uses social media.

Bodyslam.net reports that “a certain advocate” informed the Beast Incarnate about what he was missing on Wrestling Twitter.

Brock Lesnar doesn’t check tags of any kind on social media. He was notified by a certain advocate of Matt Riddle’s trash talking on Twitter and the situation escalated from there.

It was reported that Brock Lesnar grabbed Matt Riddle by the neck and “put him in his place.” This is when he said a match between the two is never happening. It was a very short incident and the two were quickly separated.

They were also kept separate during the Royal Rumble match. Following his elimination, Matt Riddle said that he’s getting a match with Brock Lesnar whether he wants it or not because he’s not up to him.