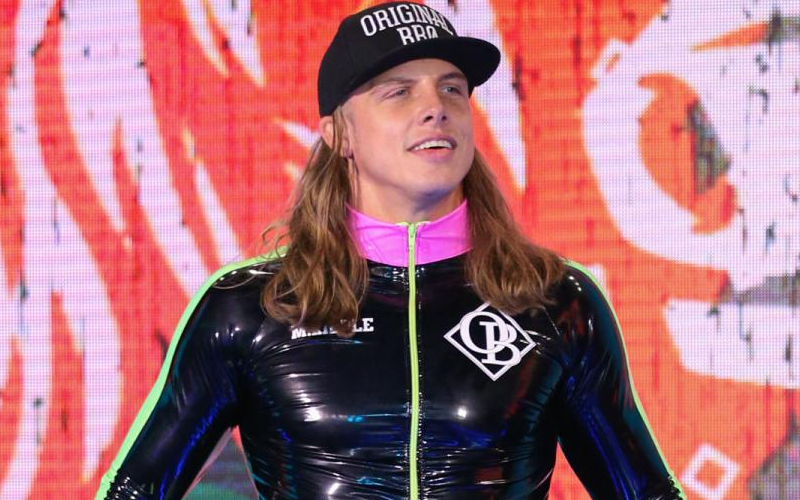 Matt Riddle is said to have had a backstage confrontation with Brock Lesnar during the Royal Rumble event. It didn’t get physical, but Lesnar had some words with the Original Bro.

Riddle didn’t spend very long in the Royal Rumble match either. Dave Meltzer noted during Wrestling Observer Radio that whatever is going on in WWE has apparently caused Matt Riddle some serious backstage heat.

“I don’t wanna say that he doesn’t get it, because he may get it. Whatever it is there’s a lot of heat on Matt Riddle right now.”

“You can look at it like he’s got potential and they shouldn’t squander it and he’s not the first guy and he’s not gonna be the last in that situation where Vince sees it differently and it’s not like it’s the kiss of death, but right now… on NXT I guess you could not push him at all, but that would be stupid because NXT is battling [with AEW] and things like that.”

“Yeah, he ain’t in the forefront and there’s a reason why he was in and out so quick [in the Royal Rumble]. It was more than just getting heat for Baron Corbin which is what the outcome was, but the idea was that yeah, whatever it is. I’m not there I can’t speak for his attitude. I can only speak about his performance. His performance is really good.”

“I haven’t heard anything negative about his attitude, but that doesn’t mean it’s not there and he hasn’t rubbed someone the wrong way or whatever he’s done, but I don’t know what it would be, but that’s the case.”

Matt Riddle has a lot of promise, but he also has a very unique way of going about things. We’ll just have to see what’s next for The King Of Bros, but he might not be doing himself some harm at this point.