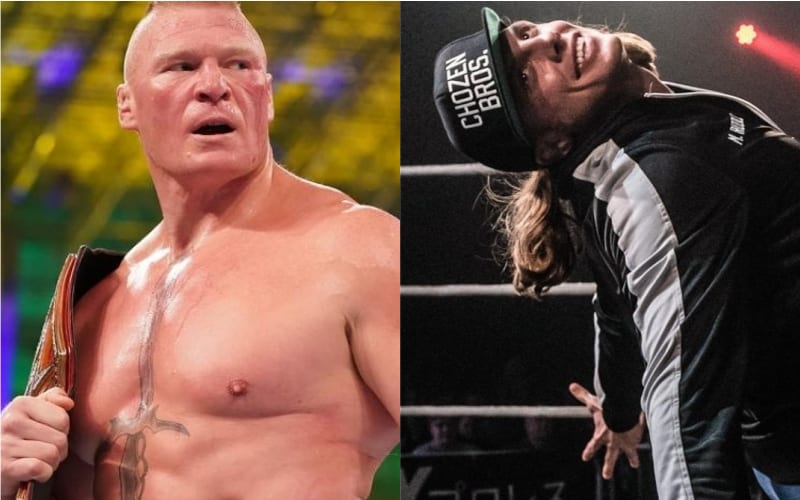 Matt Riddle took the indie wrestling scene by storm and created a huge following himself after his UFC career was cut short. The Ultimate Fighter fan-favorite soon translated his natural charisma into something special in the wrestling ring and WWE soon took notice. After they were able to get over Riddle’s outspoken views on marijuana — he signed and has already started in NXT.

Brock Lesnar became the WWE Universal Champion once again at Crown Jewel as he squashed Braun Strowman after Baron Corbin jumped him at the bell. This was a heel move and it brought a lot of heat on Lesnar and WWE for that matter — but it didn’t help Braun Strowman much at all

Matt Riddle is happy about the result of the Universal Title match at Crown Jewel if only because it means that Lesnar will be sticking around in WWE for longer than previously expected in theory. The King Of Bros was quick to say that he can’t wait to face Lesnar in a couple of years so he can retire the Beast Incarnate.

This is a pretty bold move on Riddle’s part but only time will tell if this dream match could become a reality in a WWE ring since we never got to see it in the Octagon.