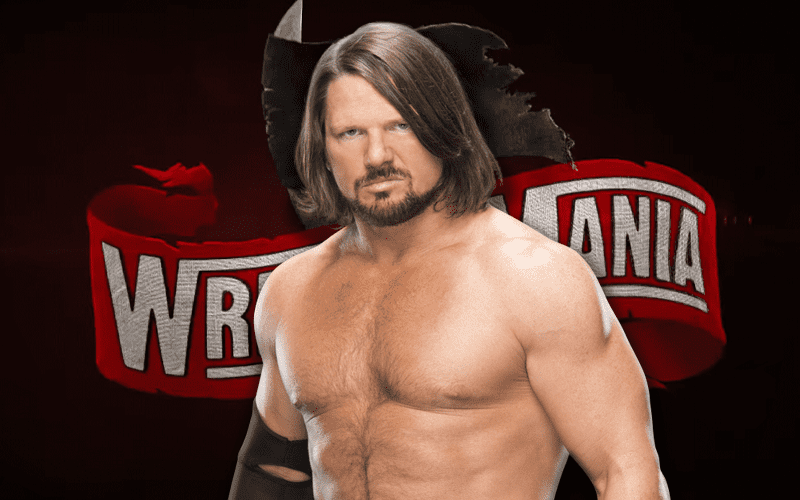 AJ Styles was injured during the Royal Rumble match. He didn’t appear on RAW the next night either, but Edge did name drop him as a possible opponent.

Styles’ partners in the OC were destroyed by Drew McIntyre during RAW as well. That’s not a good sign for them, but McIntyre needs to be pushed heavily for the show of shows.

During Wrestling Observer Radio, Dave Meltzer noted that the hope in WWE is that whatever is wrong with Styles will be past him by WrestleMania.

“The one thing I heard was — and this may be dated by a couple of hours — but the hope is that AJ will be ready for WrestleMania.”

“I guess that means the injury isn’t super serious, but you know a separated shoulder it’s significant.”

We can only hope that AJ Styles will heal up in time for WrestleMania. We’re not certain what his injury was, but he was favoring his shoulder after taking that spear from Edge.