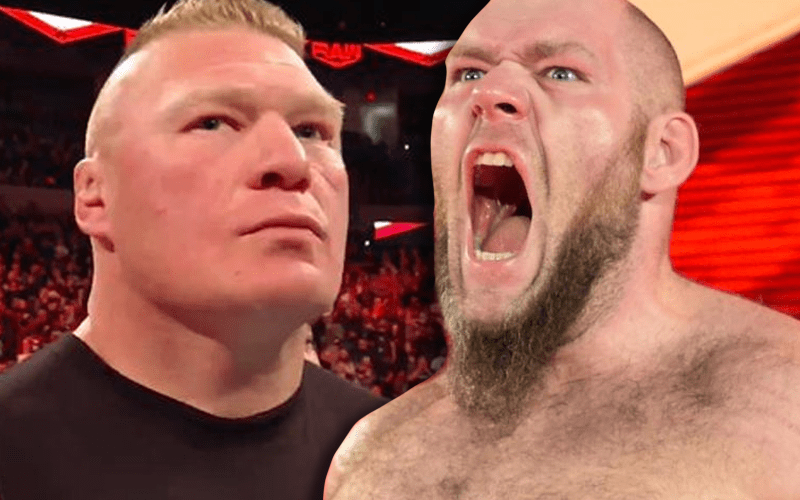 Vince McMahon saw big things in Lars Sullivan. Dave Meltzer once said that WWE was “going all the way” with The Freak. Now he is out injured and newly uncovered adult video footage could have damaged his reputation.

Sullivan was already a controversial figure. He made several comments on a body building message board long before arriving in WWE. He was later fined $100,000 for those comments before becoming injured.

Adult films were uncovered showing Sullivan used the name “Mitch Bennett” to do homoerotic content. Then the IWC was buzzing. It was recently reported that Vince McMahon might not look at Sullivan the same way again.

When discussing Lars Sullivan’s current situation on Fightful Select, it was said: “This is a guy that Vince McMahon wanted ready for Brock Lesnar last year.”

Lars Sullivan is still recovering from a knee injury. He could be back in the Summer, but that all depends on what Vince McMahon wants to do with him.

There were once huge plans for Lars Sullivan, but a series of unfortunate events derailed him in a big way. Let’s see if he can get back on track.