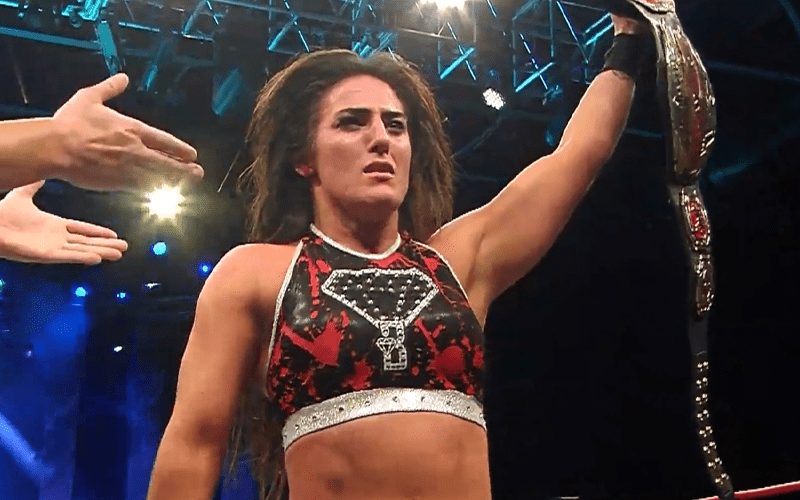 WWE didn’t sign her for a reason. Impact Wrestling knew about these stories of her bullying, but they kept pushing Blanchard because of her pure talent in the ring. There were some in the company who apparently weren’t too sure that they would follow through with Blanchard’s title win after those stories came out.

Fightful Select reports that “some in the company didn’t seem confident” that Impact Wrestling was still going to put their top title on Tessa Blanchard. It is also said that Blanchard was set to speak with Impact Wrestling about the situation.

There were some in the company last night that didn’t seem confident Tessa Blanchard would get the title after this weekend’s controversy, but she was set to talk with them about the situation today.

It was also reported that there were those backstage “disheartened” by the Tessa Blanchard news about her behavior. Others also commented on the “lack of responsibility she took to get ahead of it.”

Any doubt about putting the title on Tessa Blanchard apparently went away. She won the Impact World Title from Sami Callihan in a huge moment for her career. She also seemingly addressed those allegations following her title win with a speech to the live crowd.