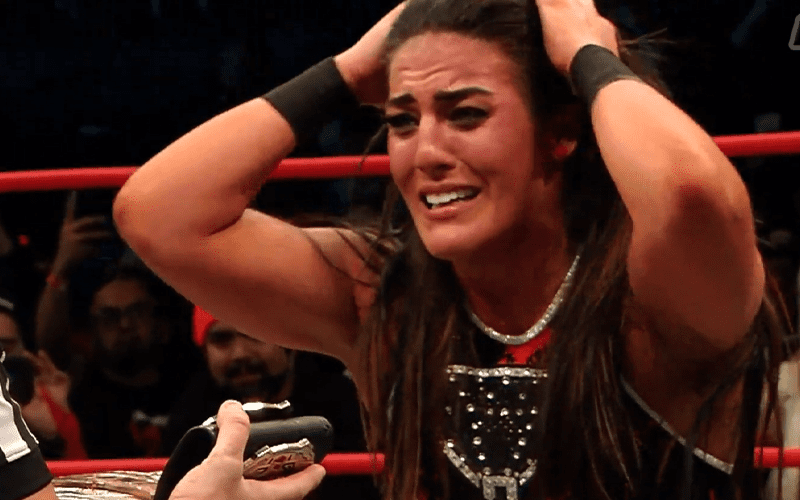 Tessa Blanchard won the Impact World Title at Hard To Kill. Sami Callihan tried his best to end her, but Blanchard kept getting back up. One things she’s not doing after the event is standing up in front of the media.

Avoiding the press is likely due to the fact that Tessa Blanchard wants to stay away from any questions regarding all the people who have come forward regarding her backstage behavior.