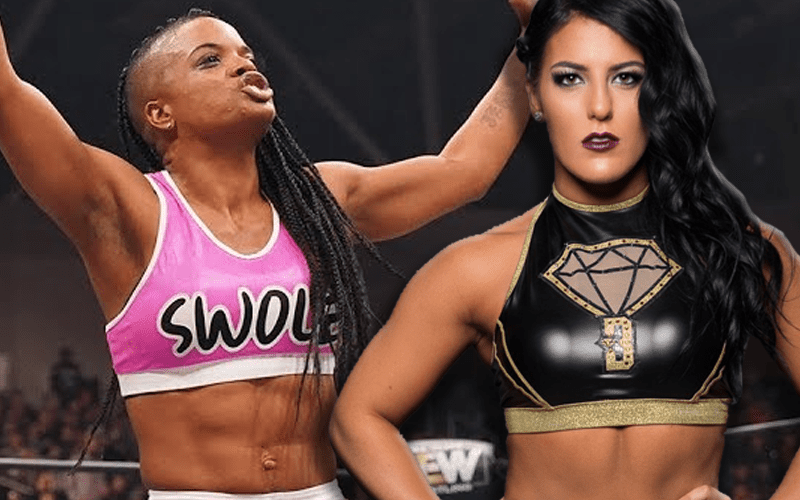 Tessa Blanchard has a big match set for Impact Wrestling’s Hard To Kill pay-per-view. She might win the Impact World Title on January 12th, but on the day before her big match a storm came her way on Twitter.

Blanchard tweeted out that women should help other women. The response to this tweet came in the form of Sienna reminding Blanchard of her spitting in La Black Rose’s face in Japan and calling her the N-Word. La Black Rose later came forward to confirm this story.

Big Swole spoke out about these allegations after they came to light. She gave her personal account after speaking to both Black Rose and Tessa Blanchard about this unfortunate incident.

So since we telling stories….Big Swole’s turn. I won’t speak on all the other stories but the one about La Rosa I know personally. This past year at Wrestlecade I spoke to her about this and about hashing it out with Tessa. I’ve spoken to Tessa as well, after talking with La Rosa and I decided it needed to be dealt with.

A conversation needed to happen because this was getting intense over the years. As a black woman this sickened me that this happened to a friend of mine. We have been dealing with this since it happened, it’s just now finding light on social media. People are entitled to deal with this how they want. I just want the world to know the last part of the story.

It is impossible to change the past, and everyone is capable of change. This 2017 incident is just now coming to light and it happened on a very inconvenient day for Tessa Blanchard one day before her big match at Hard To Kill.