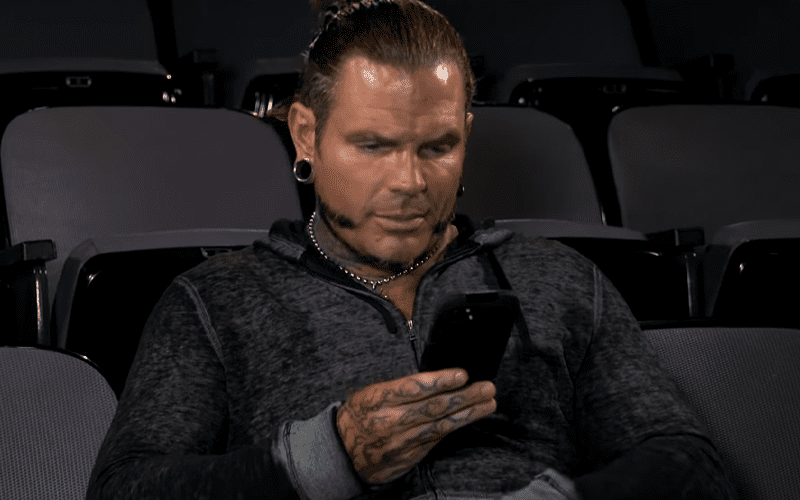 Jeff Hardy is still dealing with issues stemming from his DWI arrest last year. He has another hearing on January 13th, but there don’t seem to be any plans for an in-ring return.

PW Insider reports that Jeff Hardy’s deal is not expiring with his brother Matt’s. Instead, WWE has pushed Jeff Hardy to “address his personal health in the wake of the [DUI] arrest.”

We are told that WWE has pushed Hardy to address his personal health in the wake of the arrest and Hardy has been working hard at doing so, which is a great thing.

It is reported that “Hardy has been working hard” to focus on his personal health. This is good news for him, but his WWE contract is still frozen.

WWE will typically add any time missed onto the end of a Superstar’s contract. Jeff Hardy’s deal is frozen as he focuses on himself. He needs to work out his legal issues now regardless of whether his knee has recovered.