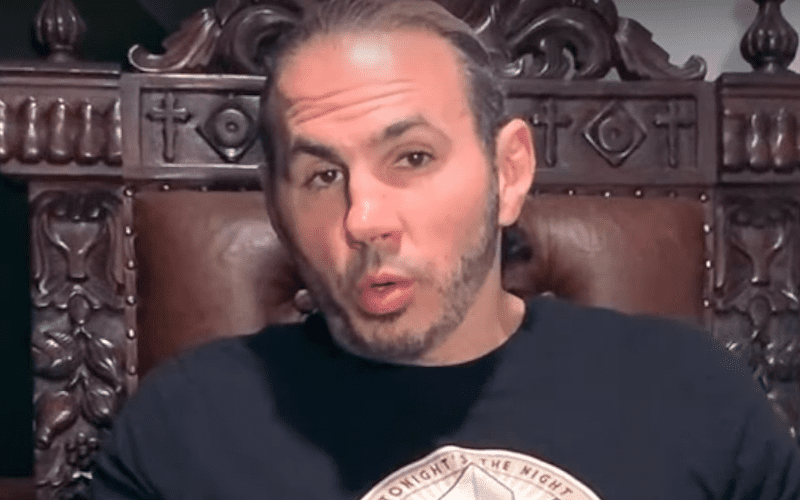 Matt Hardy could be planning for his exit from WWE. Now we know when his contract is up and what’s keeping him from re-signing with WWE.

PW Insider reports that Matt Hardy’s current WWE contract expires on March 1st. This could change if he comes to terms on a new deal.

After March 1st, if Hardy does not sign another deal with WWE he will be free to compete where ever he wishes. If a WWE Superstar’s contract runs out then there is no non-compete clause like with the case of Jon Moxley.

Matt Hardy has obviously been teasing something with his “Free The Delete” videos. He is now Fully Broken once again in those YouTube videos which are shot in a Final Deletion style.

It is reported that “one major hurdle” between WWE and Matt Hardy is how he is going to be used. Money reportedly isn’t the issue.